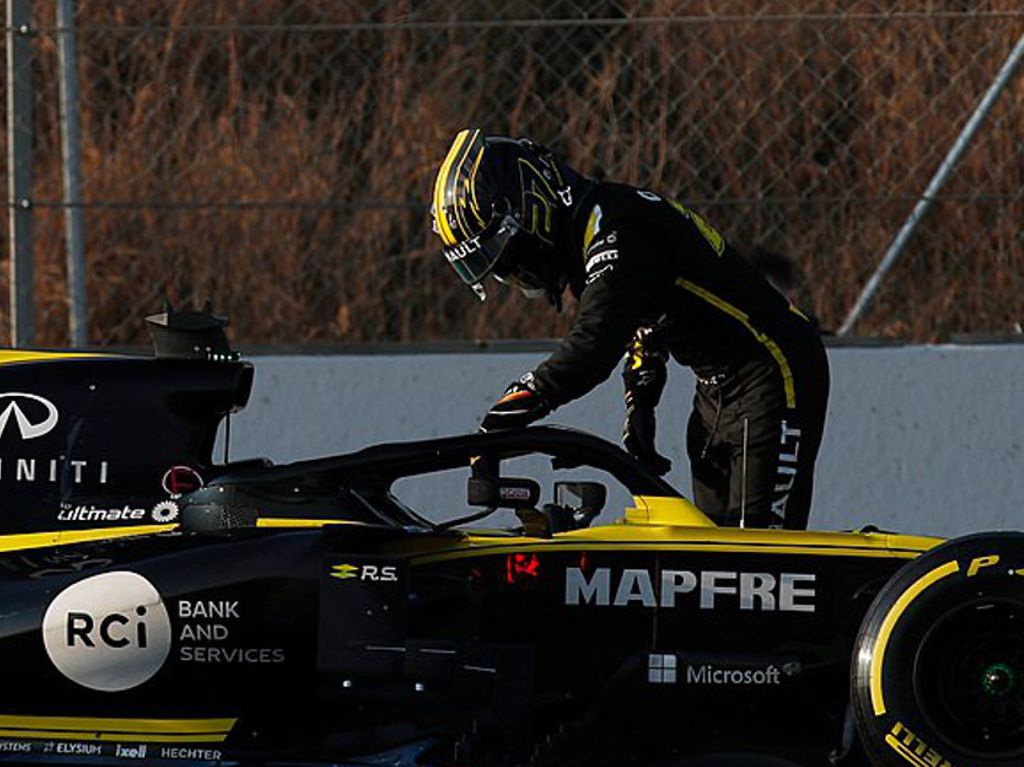 Nico Hulkenberg set the pace on Thursday, the final day of the opening pre-season test, only to break down on his very next run.

The Renault driver ventured out his RS19 to hit the front with 90 minutes of play remaining.

His time was massively quicker than Renault managed over the eight days of last year’s pre-season, by over half a second.

However, on his very next lap, Hulkenberg’s Renault broke down on the out-lap as he ground to a halt at Turn 13.

Seems like front suspension failure…. the car is touching with the front wing on the ground and the rake is very, very high! pic.twitter.com/kfQw1I9xvw

Hulkenberg’s time meant Alexander Albon, who had been quickest at the lunch break, fell to second place some 0.244s down.

It was a great day, at least on the timesheet, for Renault as Daniel Ricciardo finished with the third best time.

The Aussie, who replaced Red Bull for Renault in the off season, clocked a 1:17.784 during the morning’s session to finish ahead of the Mercedes of Valtteri Bottas and Lewis Hamilton.

After spending the first three days of testing on the slower harder Pirellis, Mercedes made the move over to the second softest compound for Thursday’s final day.

Hamilton’s day wasn’t without drama as the Brit, in action in the morning, had a near miss with Robert Kubica having closed in rapidly on the Williams, which was on a slow lap.

Charles Leclerc was sixth for Ferrari, although on a slower rubber, while Lando Norris and Antonio Giovinazzi were next in line.

The latter brought out the final red flag of the week as he stopped out on track in the Alfa Romeo.

Romain Grosjean and Kevin Magnussen, the latter seen for the first time since headrest issues forced him out of the car on Tuesday, completed the top ten.

Pierre Gasly was P11 ahead of Lance Stroll and the battling Williams of George Russell and Robert Kubica.

Russell replaced Kubica for the afternoon session but wasn’t seen for the first two hours. He managed just 17 laps during the afternoon’s session.