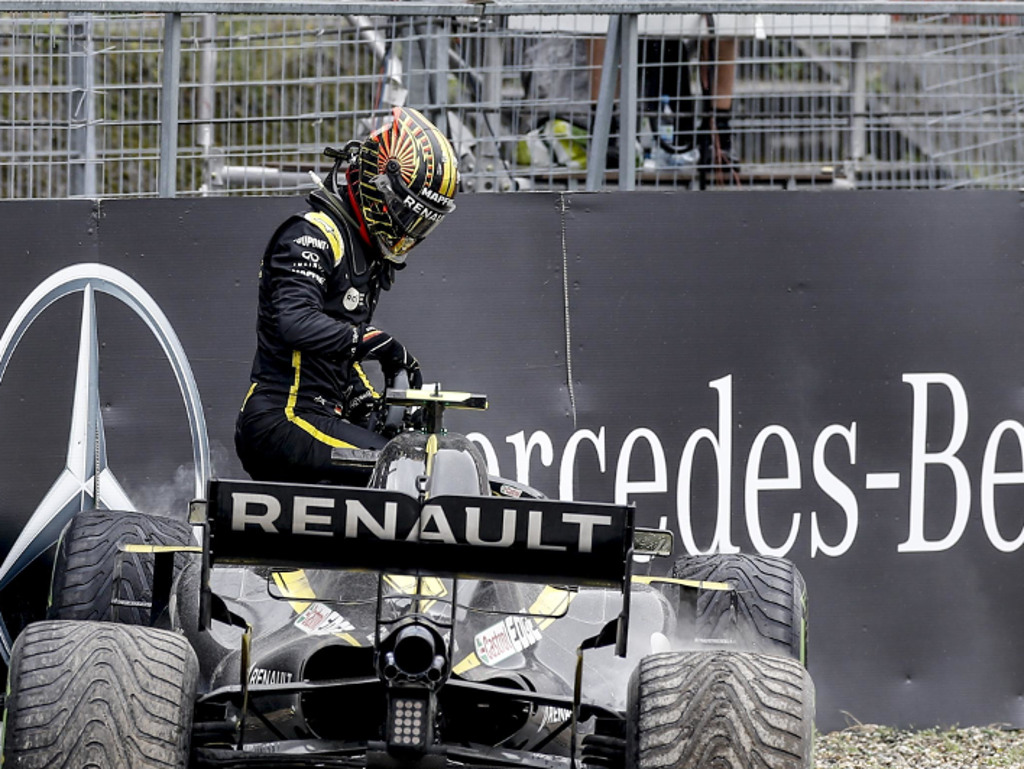 Nico Hulkenberg admits it could take him a while to get over his German Grand Prix retirement, his first DNF at home.

The Renault driver joined the list of those crashing out of the grand prix when he ran wide at a wet Hockenheimring, touched the dragster tarmac and slid into the barriers.

The 31-year-old is still hurting over it.

“I think it will still take a little while longer,” he explained to Motorsport.com.

“This weekend, once you are in the car and once you have to work, your mind is off it. But that sting is deep from Hockenheim.

“We rock and rolled for 40 laps. I think I drove a pretty amazing race up until that point and as a team we did a great job,

“Mainly me made all the right calls in terms of strategy and tyre choice. Hence we were in the position we were in, which was quite good and unusual for us. Then we saw obviously what happened.”

Like many of his rivals, the German wasn’t happy with the slippery tarmac laid down on the outside of the final corner.

It caught out several drivers including Charles Leclerc and Lewis Hamilton.

Hulkenberg added: “Conditions were very difficult and challenging out there, and everyone lost their car and was next to the track at some point. I just chose the wrong corner.

“But I feel that the run-off area was not the normal tarmac. I don’t know what it was: if it was paint, if it was just aquaplaning, but it was just zero grip.

“And once you put a wheel on there you are just history – especially the way I went off it was in just a straightline. I tried everything in the one second I had, but it was basically game over there.

“I feel it was out of proportion for the size of the mistake, if you want to call it, and the price and consequences we had to pay. It was way out of proportion and in a way I feel that the race got taken away from us and what could have been a very good result.

“I am all for track limits and if you disrespect them you should pay a price, but here in this case the fact is that this run off area, this tarmac, this paint, whatever it is, we don’t have it anywhere else on any other circuit and it just didn’t meet the normal track and FIA standards.

“This was just a built up and random element of making a race have an artificial hurdle.”