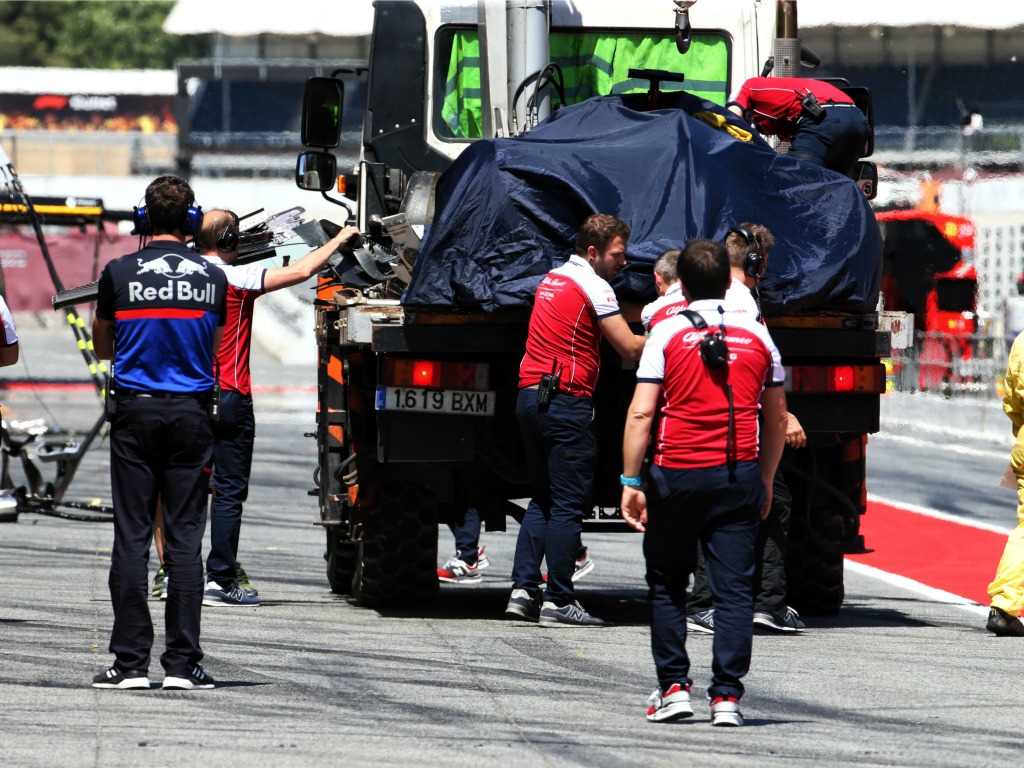 Callum Ilott reflected on a bittersweet day after a big crash brought his first test in Formula 1 machinery to an abrupt end in Spain.

The Ferrari Driver Academy product had been ticking along nicely in the Alfa Romeo until a 130mph crash at Turn 3 brought out the red flags at the Circuit de Catalunya on Tuesday afternoon.

Ilott thankfully emerged from a wrecked car without any injuries and is taking some responsibility for the crash, although that 41st lap had felt like the previous 40 before it.

“It was a really positive day other than the crash,” Ilott said via Motorsport.week.

“We’re still going through what caused the crash because it’s not as obvious as I thought it was. But we’ll see.

“Anyway, I’ve always got to take some blame because it’s a crash, but we’re going to see why at that point I lost it, because it looks pretty similar to any other lap.

“Turn 3, I’d done the first part of it and then out of nowhere just a big snap. No previous movement, just gone. So that’s why it’s a bit unexplained.

“There’s no difference in wind, something hasn’t broken that we’ve seen, and in terms of driving it looks very similar, so it’s a bit strange.

“For me I was completely caught off-guard because it was exactly the same as the other laps in terms of driving.

“If you’d asked me three hours ago I was obviously a bit more distraught, but these guys have supported me right from the beginning of the day to the end of the day and the attitude towards everyone has been really helpful and really strengthening.”

After the big crash happened in turn 3, the most important thing is @callum_ilott is fine and injury free 👍🏻 #F1Testing pic.twitter.com/Va41deDXgG

Ilott said the crash was the biggest he has had in his career, but the Brit is trying not to dwell on it.

“It was probably the biggest off I’ve ever had so it was a record breaker for me on my first day in F1,” he added.

“Obviously, not good at all but I can only look at the positives from the day when it ends like that. But it’s really unfortunate. I don’t want to be so negative about it.

“It was my first day in F1 and we did have some really positive steps in the day before that with little to no mistakes before.

“I was really getting comfortable and this was a weird anomaly that happened on the fastest corner on the circuit.”