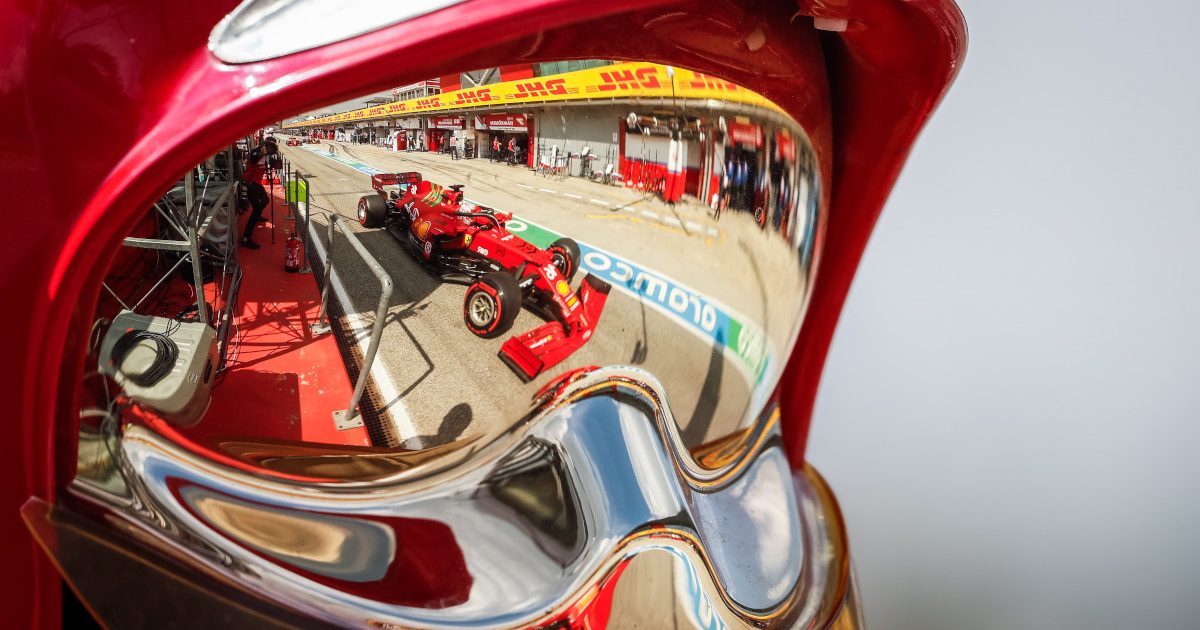 Losing ground to McLaren during the Bahrain GP, Laurent Mekies says this weekend’s Imola race will provide an “important answer” for Ferrari as to whether that was a one-off, or a problem.

Last time out in Bahrain, Charles Leclerc qualified ahead of the McLarens but finished behind Lando Norris in the grand prix.

The Monégasque driver started P4 but crossed the line in sixth place.

This weekend at the Emilia Romagna Grand Prix he is again starting from fourth place with his team-mate Carlos Sainz P11.

As for the McLarens, Daniel Ricciardo is sixth ahead of Lando Norris who had his final flying lap deleted for exceeding track limits.

Mekies is interested to see if Ferrari can keep the McLarens behind them this time around.

“In Bahrain we lost competitiveness between the qualifying and the race,” the Ferrari sporting director told Sky F1 in Italy.

“We were ahead of the McLarens in qualifying, and then behind them during the race.

“We spent a lot of time working on that to understand where we lose performance.

“Here we have a completely different approach for this track.

“For sure it will be an important answer to understand if we will lose again something during the race or if we will have the same performance as the one we have in qualifying.”

“This one is for you, Tifosi”

But while Leclerc put his Ferrari up into Q3, his team-mate Sainz failed to make it out of Q2.

Mekies concedes it will take Sainz time to adjust to life at Ferrari but reckons he’ll put in a better showing in the grand prix.

“It’s right that he has to grow, it’s right that in conditions like the ones of today with ten cars all close to each other within a couple tenths, his lap cannot be perfect,” he said.

“We expect however that tomorrow he’ll find the right pace.”