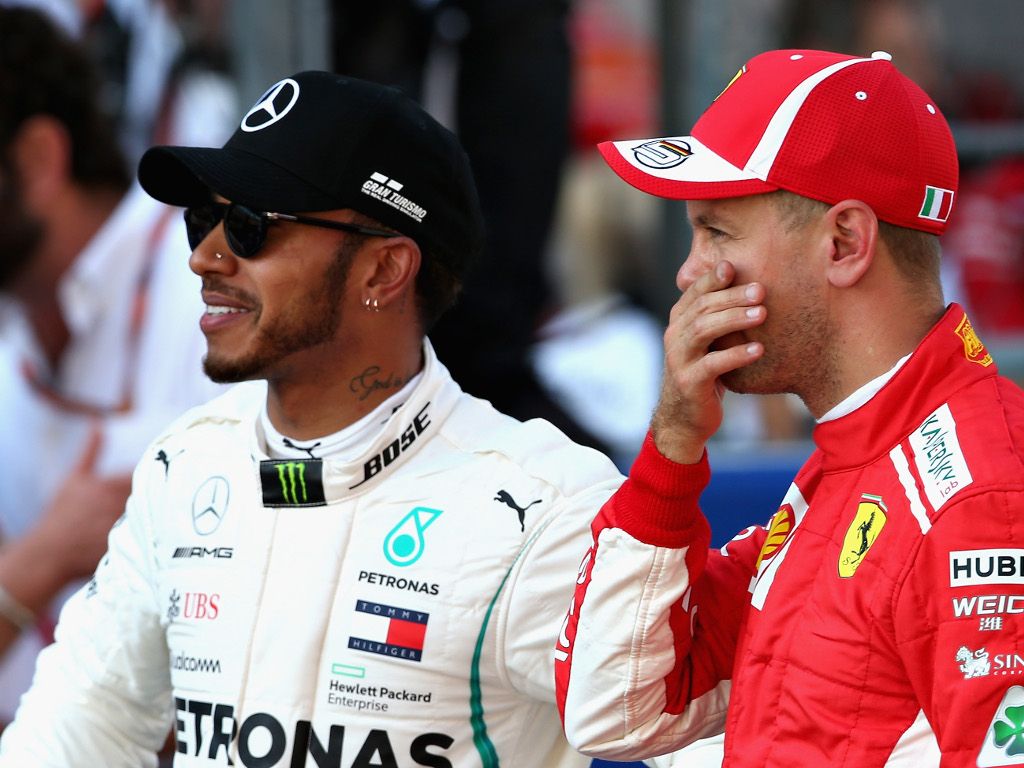 Sebastian Vettel is “massively overrated” and while Lewis Hamilton may be in a league of his own, he is no Michael Schumacher; so says former F1 driver Eddie Irvine.

The Ulsterman has been sharing his thoughts on last year’s title protagonists, Hamilton and Vettel.

2018 saw Hamilton race to his fifth World title, only the third driver in history to achieve that feat.

But while Hamilton’s fifth means he could potentially chase down Schumacher’s seven titles, Irvine reckons the Mercedes driver is no Michael Schumacher.

“I think Lewis is in a different league from all of them,” Irvine, a four-time grand prix winner, told BBC Sport.

“He’s not in Michael’s league and I don’t even think he is close, although he’s racking up lots of wins. He’s got the best car, there are more races and the competition is debatable.

“When you watch Lewis race, he’s focused on racing and Lewis is really focused on getting ahead of the other guy.

“Michael was on it every day, like Senna, but Lewis has his off days. If you look over the two years Lewis and (Jenson) Button were together, Button actually outscored him over two years.

“No-one ever did that to Michael, his level of performance was consistently higher.

“Lewis is an amazingly talented driver. When he first came to Formula 1 he was fantastic to watch and his overtaking was second to none.

“He’s probably a better overtaker than Michael was, but for pace, and consistency over a whole weekend, over a whole year, I don’t think anyone touches Michael, even Senna.”

His most scathing comments, though, were directed at Vettel, who he feels is overrated.

“I think Vettel is good if he is at the front and doesn’t have anybody to race,” he said.

“Vettel, when he is racing is someone, is focused as much on the other guy as he is on where he is going and inevitably crashes into the other guy, which happens nearly all the time.

“I think Vettel is a good driver, but as a four-times World Champion, I just don’t see it. I think he is massively overrated, he’s a one-trick pony and Lewis has a much broader talent.”

As for Formula 1 as a whole, it just bores Irvine these days.

“I don’t watch it anymore because it bores me,” he admitted. “I watch the cars go around the circuit and I think this is incredibly boring because it is so flat.