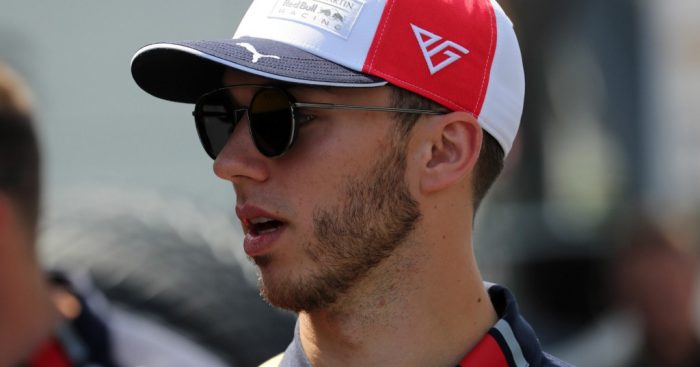 Pierre Gasly is still not feeling the pressure at Red Bull as he is the “first one not happy” with his performances so far this season.

Whispers of a mid-season switch at Red Bull have been swirling around the paddock, with Gasly going back down to the junior team, Toro Rosso, and being replaced by either Daniil Kvyat or Alexander Albon.

Red Bull’s Dr Helmut Marko has denied that is on the agenda, but he is renowned for having an itchy trigger finger when one driver continues put in sub-par performances.

Gasly himself has said he does not feel his seat is getting any hotter.

“No, not really. I’m the first one not happy with the performance,” Gasly told Autosport when asked if he is feeling the pressure.

“As a racing driver, we’re far from showing the potential we have and that’s not pleasant. No one is happy about it and we’re trying to put it all together. At the moment, there are things I can do better.

“We’re not showing the potential and that’s the main thing to focus on at the moment.”

Gasly said he is working with the team to help him get comfortable with the car after having to change his driving style to adapt to the RB15.

“I’ve had to change [driving style] quite a bit compared to what I’d like to do but the team is trying to find a way to make the car work with my natural driving style,” he added.

“There’s things I can do to suit the car a bit more and I’m working on that.

“When you’re up against the best drivers in the world in the best cars in the world, you can’t leave 1 per cent on the table. Everything has to be perfect and, even if things are perfect, that mightn’t be enough to be at the top.

“This is where we can do better. We know the areas we can improve. We’re working towards the same goal in the same direction. Whether it improves this weekend, two, three weekends, I don’t know.”

But, when asked to elaborate on those areas to improve, Gasly would not go into the nitty gritty details of the process.

He said: “We have some ideas but things this weekend should be fine. I’m not going into details but we are all working and developing to find the full potential.”

“The overall package, compared to last year, I think last year Red Bull clearly had found something better than the others and this year, the field is a bit more tight.”