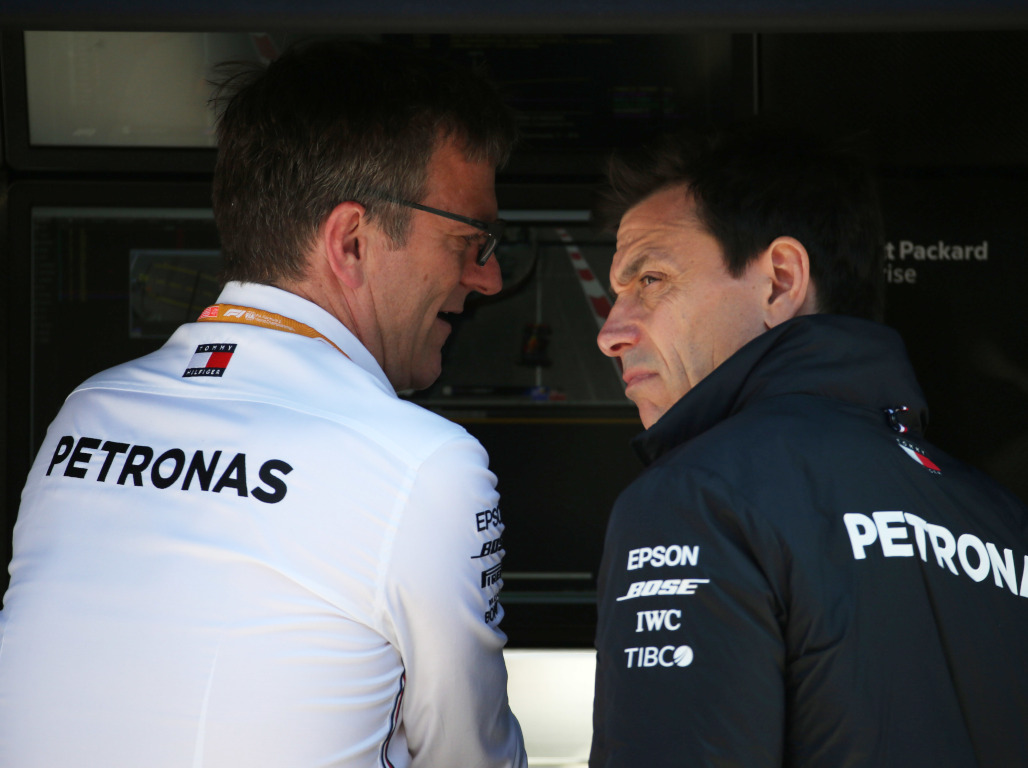 Resting on their laurels for 63 days while factories are shut down, James Allison expects Mercedes will return to work in a creative “explosion”.

It is all quiet on the Formula 1 front as once again the factory shutdown period has been extended.

Teams will not be permitted to step foot in their factories until early June, yet another way that the sport is trying to save money.

Mercedes technical director Allison is expecting to be hit with a barrage of creative ideas when Mercedes again opens its doors later this year.

“We are of course in an industry shutdown because if we can’t race we can’t earn; if we can’t earn we shouldn’t spend, and so shutdown is the most sensible way for us to traverse this difficult period,” Allison said in an interview on Mercedes’ Youtube page.

“But it doesn’t mean that your brain shuts off completely and up and down our company there will be many an engineer who is sitting there pondering how to make the car faster when we do eventually return to work.

“I think this break will prompt all sorts of creative ideas in our team, because quite often the best ideas come when you are faced with a different challenge, when your mind is running free and doing different things.

The Dual Axis Steering system controls the toe of the front wheels, allowing for more speed down the straight and better grip through the corners.

While some reports claimed it could be worth two seconds per laps, Mercedes motorsport boss Toto Wolff rubbished this.

“We don’t want to reveal too much about it yet, but whoever thinks it will give us two seconds is wrong,” he told Bild am Sonntag newspaper.

“It is one of many innovations on the new car. Ultimately, it is the overall package that is crucial.”