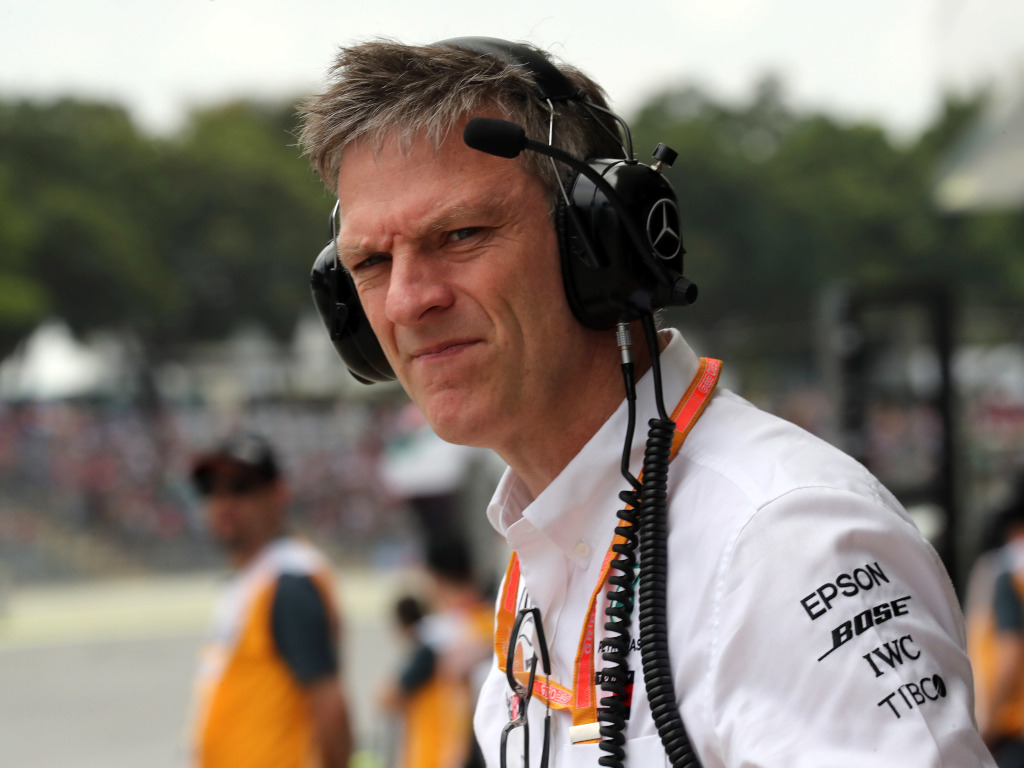 Mercedes technical director James Allison believes the overwhelming pressure of having to deliver results for Ferrari could be weighing heavily on Mattia Binotto.

Allison has had two spells working for the Italian giants and so knows first-hand the level of expectation that pervades within the F1 superpower.

Ferrari have made a highly disappointing start to the 2020 F1 season and been largely struggling in the midfield, with Charles Leclerc’s P2 finish at the opening Austrian Grand Prix the only bright spot so far.

Binotto has been taking much of the flak with his future called into question by the media, although ex-Ferrari chairman Luca di Montezemolo said this week that the team principal did not have a strong enough support base around him.

In describing the allure of taking a job with the famous Scuderia, Allison also referred to the intensity of such a high-profile role given the prestige and history of the marque.

“Well, clearly, I wouldn’t have gone back to Ferrari a second time if working there was a miserable experience,” said Allison in quotes reported by PitPass.

“I had two very important parts of my career at Ferrari and have massive affection for the brand, for the people there, and I hope they wouldn’t mind me saying that I’ve got many friends in that team.

“Working at Ferrari is in many ways an unalloyed joy, but the country is so pro-the team, the brand is so strong, the history and heritage of Ferrari are so important that you do feel you are part of something that is itself important, and that’s a real strength for that group.

“But it’s also probably the biggest burden they carry too because along with that affection and joy that the nation shares in Ferrari’s successes comes a great deal of pressure when things are going poorly.

“And it is, I think, most powerfully internally expressed by a top-down leadership style that at Ferrari is probably more exaggerated than in other teams, and that tends to make the team make short-term decisions and can lead it astray instead of building fundamental strengths that will carry it from year to year.

“So it’s a real mixture of these heady highs and base lows which have, at their root, the same origin which is the huge desire within the team and without – for the Ferrari brand to be fighting at the front of the field.”