Home News Mercedes ‘could have defended all race’ in Mexico 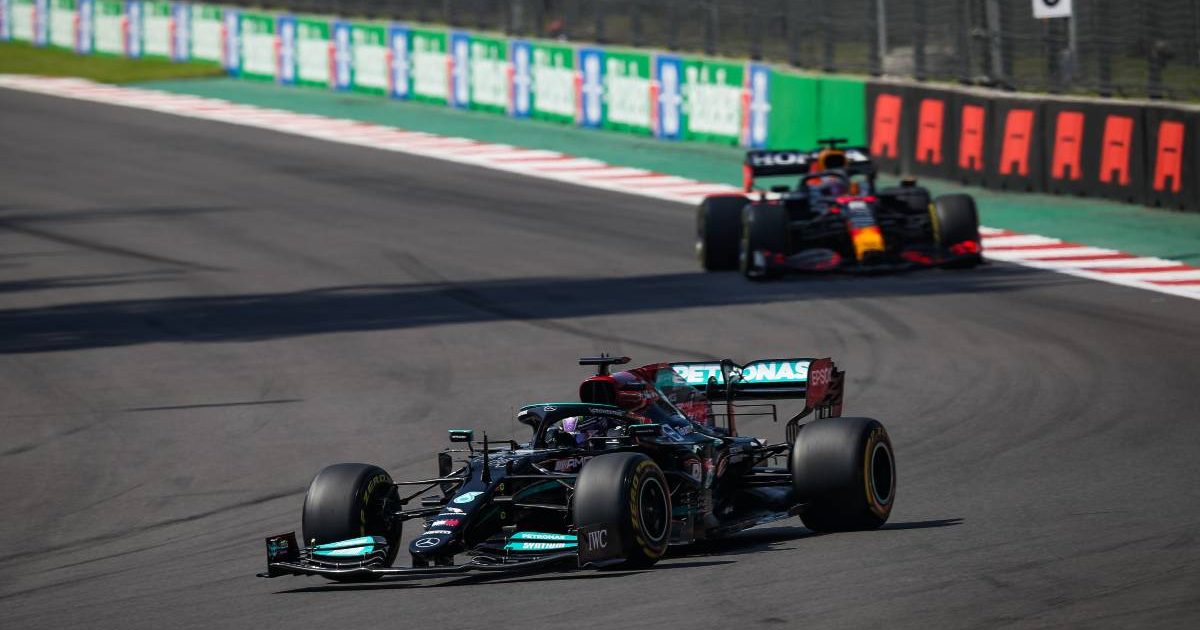 James Vowles thinks Mercedes could have stayed in the hunt to win the Mexican Grand Prix had they not gifted Max Verstappen the lead at Turn 1.

Verstappen, starting from third on the grid, got around the outside of Valtteri Bottas and Lewis Hamilton into the opening corner, with the pole-sitting Finn seemingly more concerned with ensuring his World Champion team-mate got a clean run up the inner line.

From that point, the Red Bull driver controlled the race and gradually built up his advantage, eventually taking the chequered flag 16.555sec ahead of Hamilton to move 19 points clear of the Briton in the World Championship standings.

Hamilton never had the pace to close up to Verstappen, regardless of strategy, and had to defend from Sergio Perez towards the end to hold on to second position.

But Vowles thinks the race could have unfolded much differently if only Bottas – who was criticised by team boss Toto Wolff after the race for how he had approached the first corner – and Hamilton had been able to keep the Dutchman behind them in those early stages.

“I don’t think you need me to tell you Red Bull were incredibly fast in the race, faster than us – they had a much better car,” said Mercedes’ motorsport strategy director in the team’s post-race debrief.

“Verstappen was able to pull away when he needed to from Lewis, and Perez was all over Lewis’ gearbox all race. But had we kept position – we were first and second on the grid – there is a little bit more you can do now as a team.

“For example, you can create a small gap between your two cars – you have to do that naturally for cooling reasons anyway. It just gives you a slightly higher probability of your lead car being successful and not being undercut.

“So had we got away and been in first and second, I think there was a good chance we would have been able to defend against the Red Bulls all race.”

Vowles, however, added the caveat that such a theory was dependent on both Red Bulls not being immediately behind, which would have given their rivals a strategy edge.

“Conversely, if we were first but had both Red Bulls tucked behind us in second and third, I think it would have been awfully difficult to hold on to the race lead,” he added.

“They could have stopped one car early and one car late, and ultimately we would have been compromised with those two cars.

“Where we finished up, P2 with Lewis, was really correct based on performance, sadly, after the start had happened and I’m happy we held on to it. It was a defensive strategy we employed all race.