Home News ‘Max, Lewis don’t do things to make it easy for each other’ 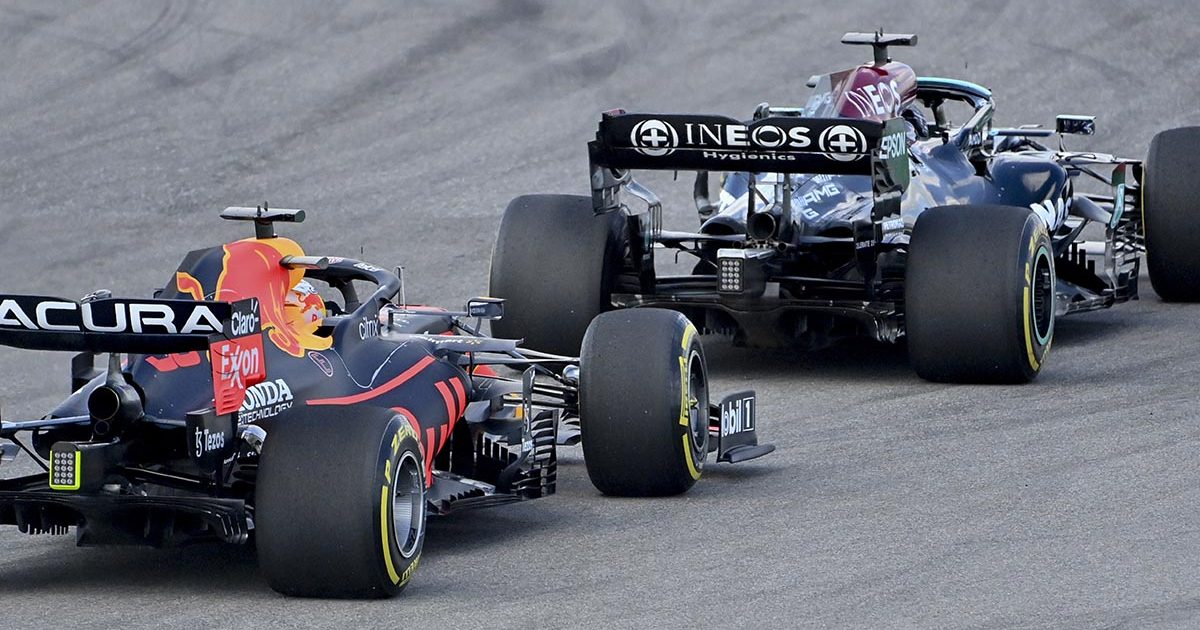 Labelling Lewis Hamilton a “stupid idiot” and flipping him the bird, Jan Lammers says Max Verstappen and his title rival definitely don’t make “it easy for each other”.

Taking to the Circuit of the Americas last Friday for FP2, the title protagonists continued to antagonise one another.

Both starting a flying lap at the same time, the duo went racing towards Turn 1 wheel-to-wheel with Verstappen making it known that he didn’t appreciate Hamilton’s antics.

Flipping him the bird, the Dutchman called the seven-time World Champion a “stupid idiot”.

He later added: “I don’t know, we are all lining up to go for our laps so I don’t really understand what happened there.”

Red Bull team boss Christian Horner says it looked to him as if Hamilton jumped the queue while Helmut Marko called it all “unnecessary”.

“That those two won’t have dinner together more often, we know that anyway,” he told Sky Germany, “but I think it’s unnecessary.”

Neck and neck in the title battle, and in FP2 😲 #USGP 🇺🇸 #F1 pic.twitter.com/wXuBD6kecG

Jan Lammers, the Dutch Grand Prix organiser, feels it was a case of both wanting things their way and to suit their objectives for the session.

“They were just in each other’s way,” he told the NOS Formule 1 podcast.

“Just when Max wanted to roll out his plans and build a fast lap, Hamilton was in the way.

“So they were both in the wrong place at the wrong time.”

He added: “Your performance and self confidence are obviously in your preparation.

“At this moment Max had it all in his head how he wanted to do and then suddenly Hamilton came driving next to him.

“Call it coincidence, but of course, they don’t do things to make it easy for each other.

While last Friday’s antics didn’t result in a clash, Formula 1 wouldn’t be surprised these days if it did.

Verstappen and Hamilton traded paint and a few bits and bobs from their cars in the first part of the season before coming together at the British Grand Prix where Verstappen retired having suffered the biggest crash of his career.

The two had their second big collision at the Italian Grand Prix, both cars finishing in the gravel with Verstappen’s RB16B partly on top of Hamilton’s W12.

For the most part though the two have kept it clean as they battle for the World title, Verstappen 12 points up on Hamilton with five races remaining.