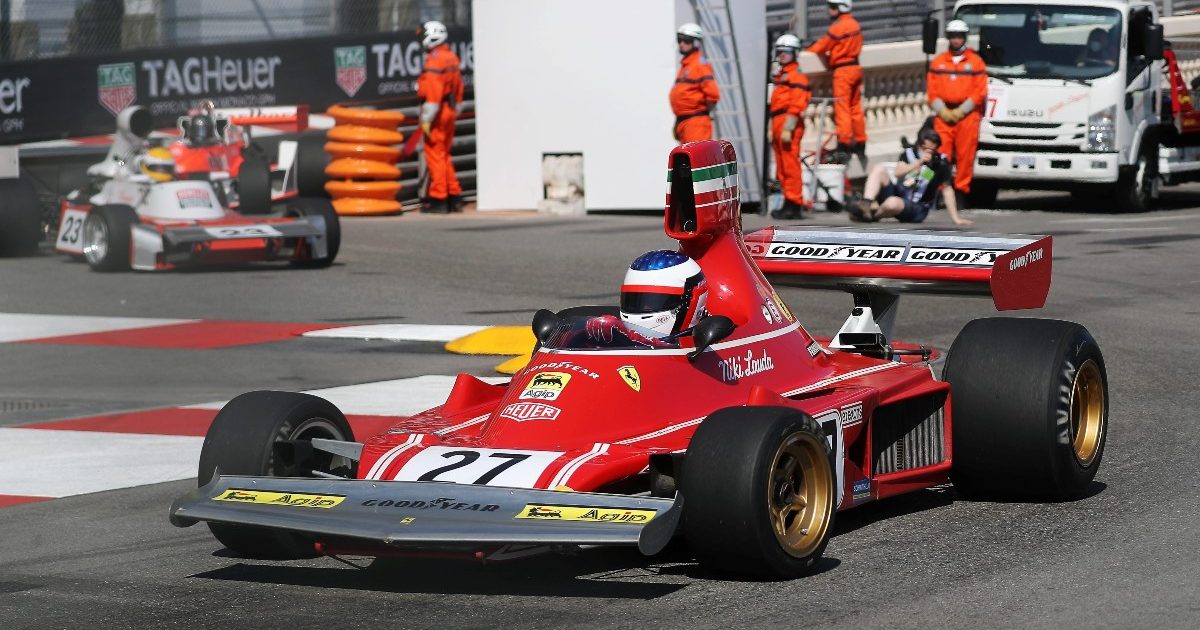 After not taking place in 2019, the Historic Grand Prix of Monaco was set to return last year but was ultimately cancelled as a result of the global pandemic.

The prestigious event finally went ahead again this year and featured a huge number of famous drivers and cars from Formula 1’s history.

One such driver was Alesi, and he lined up on the grid in the Ferrari 312B3 that Niki Lauda drove for the entirety of 1974, his first year with the Italian team, and for the first two races of his title-winning campaign in 1975.

Lining up in P2 behind three-time Le Mans winner Marco Werner, who was in the 1976 Lotus, Alesi flew off the line to take the lead at the start.

With slightly more modern and quicker machinery, Werner had much more pace and immediately began to pressure the Frenchman but couldn’t find a way through on the narrow streets of Monte Carlo, coming perilously close to hitting the back of his rival on a number of occasions.

With three laps to go, he finally did so, clipping the Ferrari on the start/finish straight, sending Alesi into the barriers and out of the race.

Seeing that Ferrari in the wall 😫💥

Werner crossed the line first but was handed a penalty for the incident that dropped him back down to P3, meaning that the McLaren M26 of Michael Lyons claimed victory ahead of Porsche GT racer Julien Andlauer.

“When there is no space, you cannot pass,” Alesi said afterwards.

“I am disappointed because I could do nothing to avoid hitting the wall. Also because we were having a great race, but I will be back next year.”

Alesi wasn’t the only former Ferrari man to have an accident that day as Rene Arnoux wasn’t able to start the race following a crash in practice.

Following the Bahrain Grand Prix, the former stated that, in today’s F1, any driver who exceeds track limits with all four wheels should get a penalty “immediately” after Lewis Hamilton was warned for doing so but nothing more.