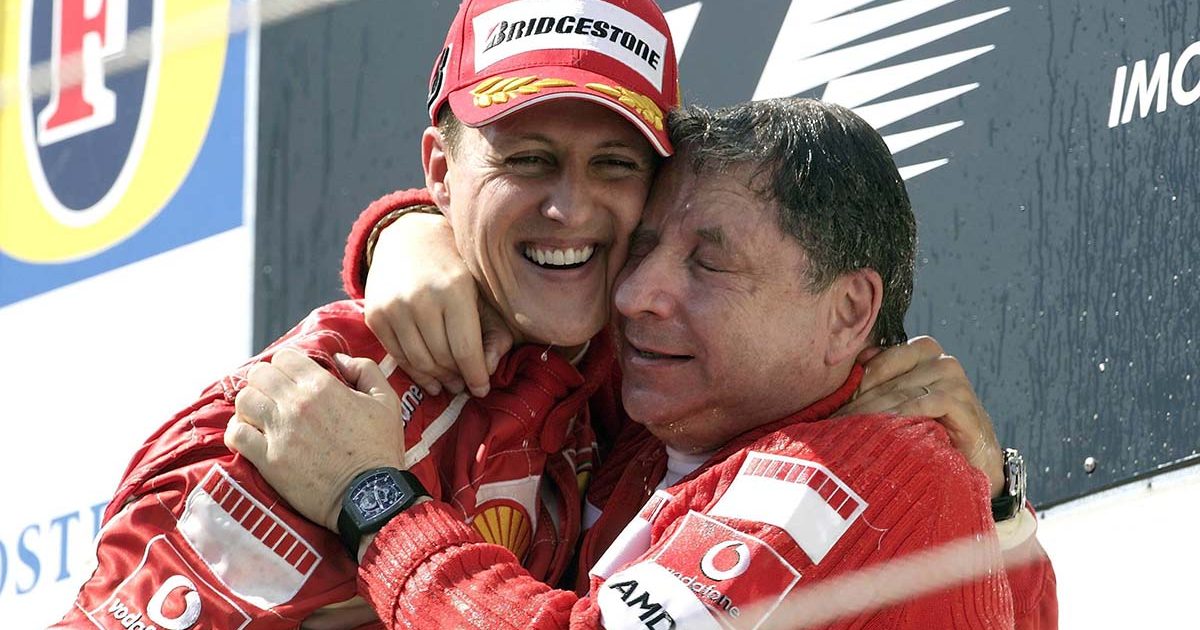 Todt and Schumacher forged an integral relationship to help Ferrari record one of the most successful and dominant eras ever seen in Formula 1 history.

And, while very little is known about Schumacher’s condition after his horrific ski accident in the French Alps in 2013, Todt has revealed he still has a close bond with Schumacher and his family with regular visits to see him.

“I see Michael at least twice a month,” Todt told Italian publication Corriere della Sera when asked if the health pandemic had put a stop to him seeing the seven-time World Champion.

“I don’t leave him alone. Him, Corinna, the family: we’ve had so many experiences together. The beauty of what we have experienced is part of us and it goes on.”

That question was asked after Todt name-checked Schumacher following a question about what he will do once he serves the end of his current and final term as FIA president at the end of 2021.

“I have plenty of commitments: road safety for the UN, president of Aung San Suu Kyi’s foundation, and then the International Peace Institute.

“I’m on the boards of banks, cinemas and hotels. And I am proud to have created the Brain and Spinal Cord Research Institute, to which Michael Schumacher contributed.”

Now on the outside looking in at Ferrari, Todt gave his thoughts on what the team needs in order to restore the glory days he became so familiar with during his time at the Scuderia with Schumacher.

“They need the whole package,” he said. “Car, engine, chassis, aerodynamics. You have to have everything at the highest level. A few thousandths of a second can decide.

“I admire Mercedes’ dominance, even if I don’t like it and I’d like more competition but for eight years the team and Hamilton have always been on the ball.

“They could have relaxed and it didn’t happen. Their motivation and hunger are absolute.

“I would prefer more teams and more drivers involved but I’ll say it again…F1 and motor racing need a strong Ferrari.”