Home News Button gets revenge on Alonso at Indy 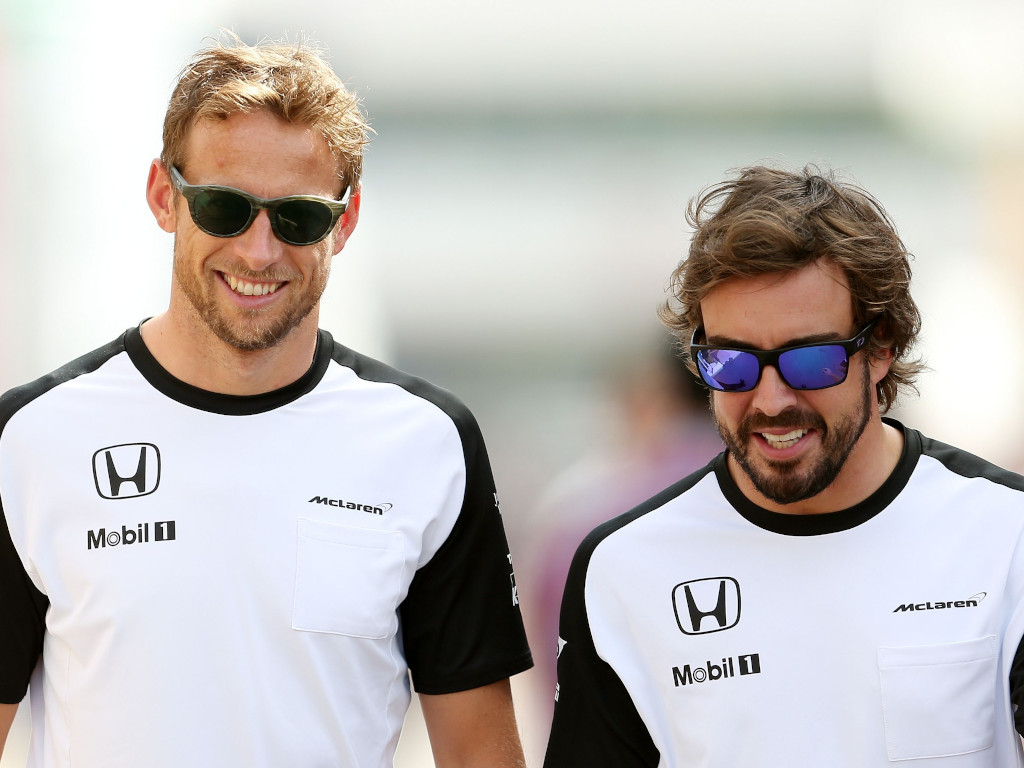 Jenson Button avenged his Indy defeat to Fernando Alonso by claiming victory upon the Legends Trophy’s return to Indianapolis.

The 2009 F1 World Champion was on fine form to take victory at the Speedway, while Alonso’s hopes of claiming the ROKiT Triple Crown by winning at all three events in the series were dashed by a last-lap spin in the reverse-grid race.

In the opening race both Button and Alonso were involved in collisions after being part of the leading group of drivers alongside Juan Pablo Montoya and David Brabham.

Button would cross the line P8 after sliding sideways and also being sent into a spin by Alonso.

The Spaniard was then the victim of a crash between Montoya and Petter Solberg with the rally legend then taking out Alonso and Andy Priaulx.

Alonso spent the rest of the race battling with Darren Turner and Legends Trophy newcomer Karun Chandhok, but a late mistake meant he lost out to the pair.

Both Button and Alonso returned to form in the second race though and quickly worked their ways up from the back of the grid, taking the leading spots at the halfway point.

Button was leading but Alonso had placed himself in his slipstream to launch a last-lap attack.

But that move didn’t come to fruition after Alonso went too low and dipped two wheels onto the grass, sending the two-time F1 World Champion into the wall.

Button went on to win the race comfortably, whilst the Spaniard was forced to settle for P4.

Despite the incidents Alonso still leads the standings heading into the final round at Le Mans next weekend, but his advantage is only three points over Montoya.

Check out this brand new video from our friends at Racing statistics: