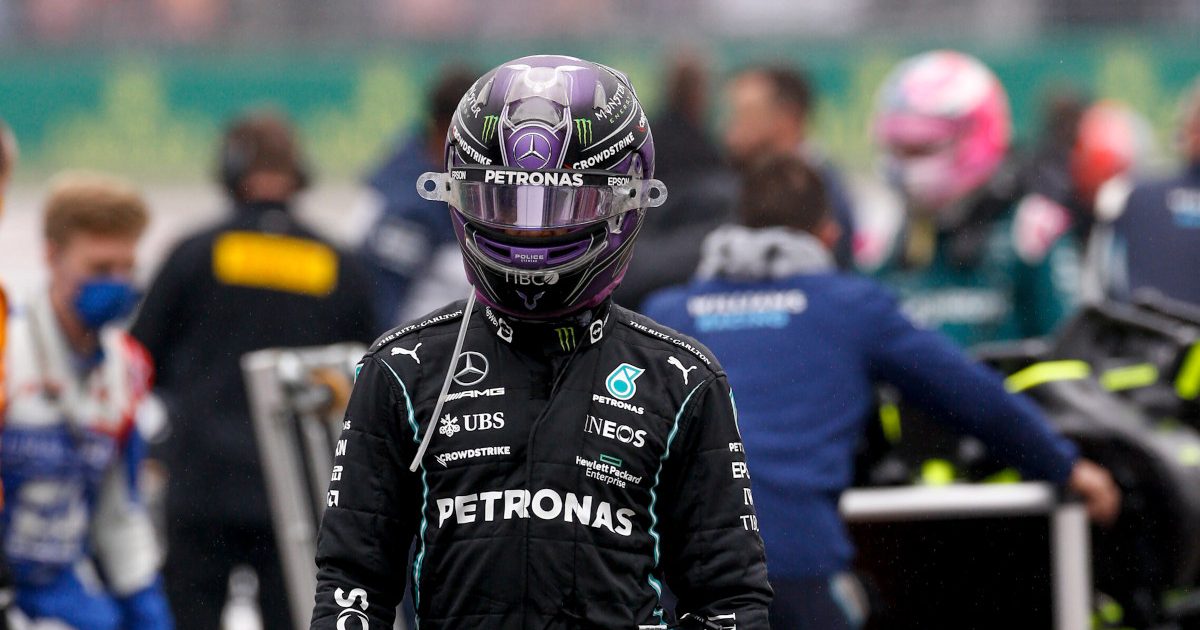 Jenson Button feels Mercedes’ biggest mistake in Turkey was not clearly explaining to Lewis Hamilton that he was going to lose positions when he pitted.

Heading into the final 10 laps at the Istanbul Park circuit, Hamilton was running in third place behind Valtteri Bottas and Max Verstappen.

But unlike the two ahead of him, he was still on the intermediate tyres that he started the grand prix with, and they were badly worn.

After a bit of persuasion, Mercedes convinced Hamilton to pit for fresh inters and he dropped to fifth place, losing out to Sergio Perez and Charles Leclerc.

Mercedes, though, believed if he didn’t pit, he would have been passed by those two anyway as well as Pierre Gasly.

Hamilton was left frustrated with his team’s decision, making his thoughts very clear as to where he stood.

"I think probably in hindsight I should have stayed out or come in much earlier."

Lewis Hamilton was left frustrated by a Turkish Grand Prix strategy that ended up being neither one thing nor the other.https://t.co/pRqTW7Y1Es #TurkishGP 🇹🇷 #F1 pic.twitter.com/WgJ3QquaXO

Button says he understands the driver’s mood as Mercedes didn’t make it clear to him that he was going to lose places when he pitted.

“It’s a really tricky one,” he told Sky F1, “and I’m sure Lewis was quite frustrated after the race.

“But I think the bigger thing for me is the information, and I don’t think Lewis understood that he was going to lose two positions with the pit stop.

“He seemed quite happy when they said ‘pit, we want to get you out in front of Gasly’.

“It just didn’t seem like he knew he was going to lose a couple of places because then afterwards, he got quite frustrated, knowing he was back in fifth place behind two cars he didn’t expect to be.”

Had Hamilton initially listened to the team when they told him to pit the first time, Button reckons his race strategy would have been in the sweet spot.

But instead he made the call to stay out.

“He’s also probably thinking back to last year,” said the 2009 World Champion. “He stayed out on a tyre last year for a very long period of time, and it worked for him – but it’s not always going to work for you.

“It looked like it was going to [work], and I’m sure Red Bull were thinking: ‘Wow, okay, if he does get to the end, they’ve done a really good job’, and he’s made it work before.

“The car had a lot of downforce on it around here, he was able to look after the tyres better than anyone, so it might have worked.”