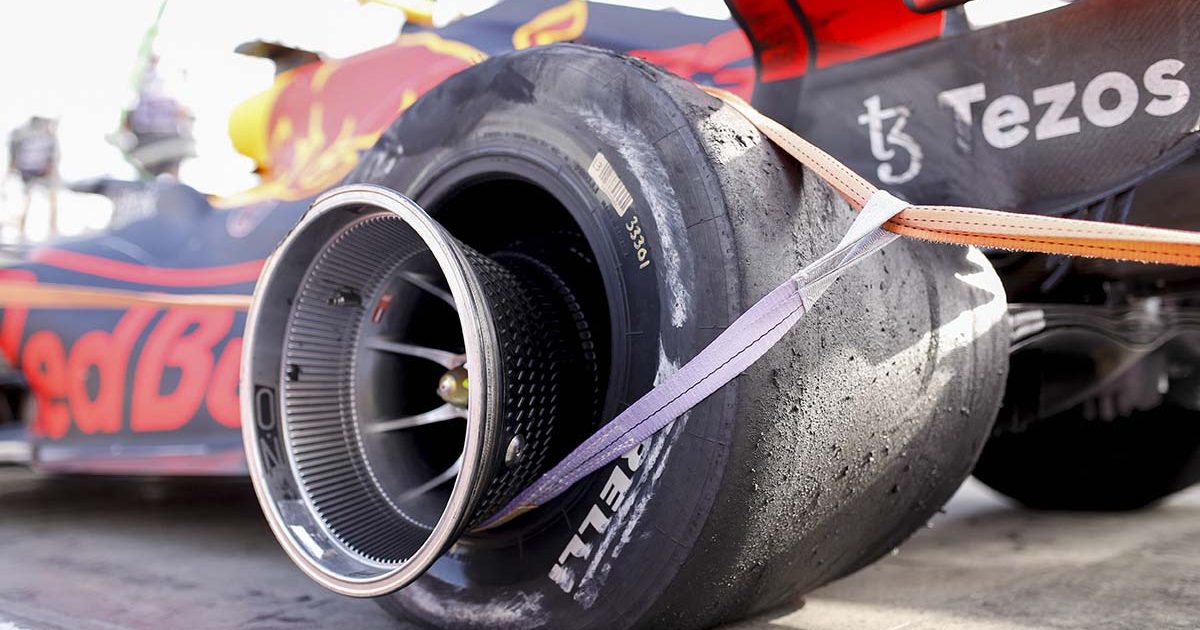 Pirelli’s findings from their full investigation into the tyre blow-outs in Baku has left the world of Formula 1 with more questions than answers.

Thankfully, both drivers emerged unscathed from their respective accidents and the concern soon changed to just how safe the Pirelli tyres actually are.

The Italian tyre manufacturer initially suspected debris was to blame for both blow-outs, but a full investigation into the matter was conducted and the results were published on Tuesday evening.

Results that did not really provide a definitive conclusion.

Pirelli have published the findings of their investigation into the cause of Max Verstappen and Lance Stroll's high-speed crashes in the #AzerbaijanGP.https://t.co/v9SbL4gcaJ #F1 pic.twitter.com/7Nu56FLlE7

Pirelli’s statement read: ‘This analysis also took in the tyres used by other cars in the race, which had the same or a higher number of laps on them compared to the ones that were damaged.

‘The process established that there was no production or quality defect on any of the tyres; nor was there any sign of fatigue or delamination.

The causes of the two left-rear tyre failures on the Aston Martin and Red Bull cars have been clearly identified.

‘In each case, this was down to a circumferential break on the inner sidewall, which can be related to the running conditions of the tyre, in spite of the prescribed starting parameters (minimum pressure and maximum blanket temperature) having been followed.’

Red Bull’s immediate response to the findings was particularly telling as they once again made their position very clear.

Red Bull said: “We have worked closely with Pirelli and the FIA during their investigation into Max’s tyre failure on lap 47 of the Azerbaijan Grand Prix and can confirm that no car fault was found.

“We adhered to Pirelli’s tyre parameters at all times and will continue to follow their guidance.

“We are grateful that following the weekend’s high speed impacts no drivers were injured.”

Aston Martin then followed up with a very similar statement of their own the next day:

“Following the tyre issue on Lance Stroll’s car on lap 29 of the Azerbaijan Grand Prix, we have worked with the FIA and Pirelli during their investigation,” the British team said.

“We can confirm there was no car fault that caused the tyre to fail.

“The team has always operated its tyres within the Pirelli prescribed parameters and will continue to do so.”

2009 World Champion Jenson Button, now a pundit with Sky F1, best encapsulated the frustration over the explanation given with this sarcastic response on Twitter.

“So what was the reason for the failures then?!,” Button, like many others, asked.

“Aston Martin and Red Bull stuck to the limits given, no cuts in tyre from debris and no defects or failure from Pirelli? Voodoo magic then I guess.”

Not everyone is criticising Pirelli, though, with some Italian newspaper outlets sympathising with Pirelli and how tyre conditions are currently monitored.

“Too many teams find a way to run with lower tyre pressures than is prescribed,” Corriere dello Sport reported.

“It is a serious thing that teams play with safety at circuits like Baku. A few words will be added to the FIA’s technical regulations to plug this leak.

“The problem stems from the fact that the sensors are supplied and developed by the individual teams. In short, each team checks itself.

“This is obviously a joke, so from 2022 these sensors will be distributed by the FIA itself.”