Home News Button: ‘Vettel will be very upset with himself’ 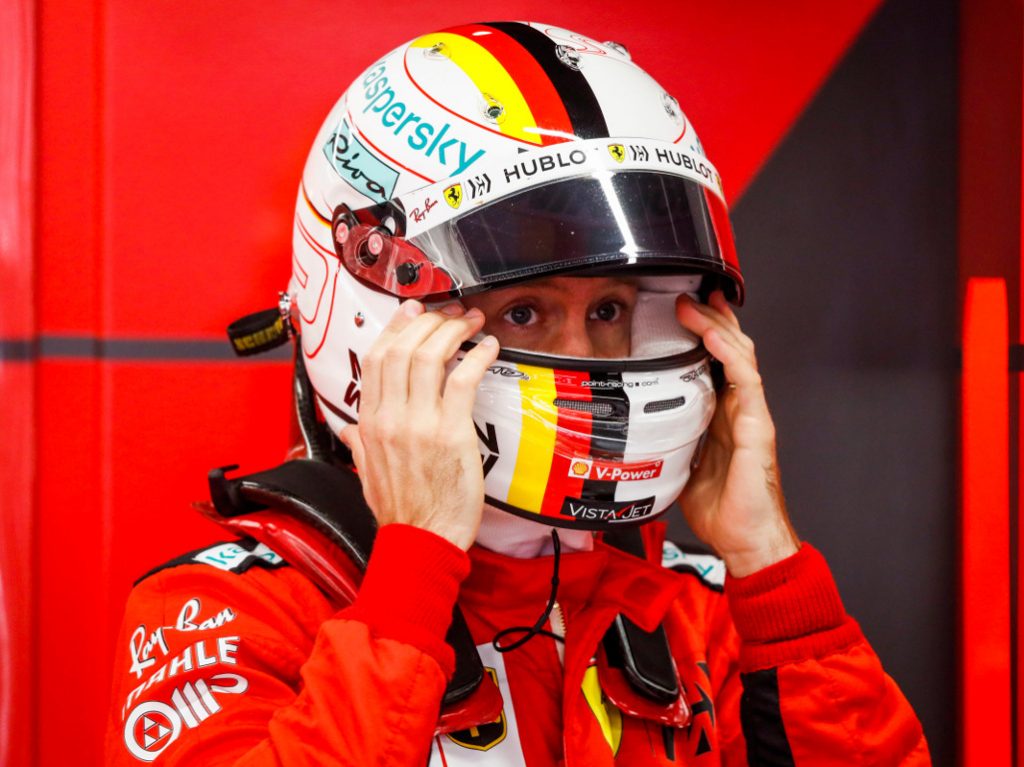 Jenson Button has dubbed Sebastian Vettel latest mistake “embarrassing”, and believes the German only have himself to blame.

The season opener couldn’t have gone much worse for Vettel. After being knocked out in Q2 on Saturday, things got even worse on race day.

Trying to make his way through the field, he tried to pass the man replacing him at Ferrari, Carlos Sainz, and ended up spinning.

Vettel never recovered from his mistake and struggled to get back through the midfield. When the chequered flag came down, he was in P10, with the only running car behind the Williams of Nicholas Latifi.

Welcome to the midfield Sebastian. pic.twitter.com/osSjdzRlhg

“It was quite an embarrassing spin,” Button said on Sky Sports F1.

“I’ve always stood up for Seb but that was one that he’ll look back and be very upset with himself I think.

“But, luckily, we’ve got a race next weekend and he’ll hopefully have a better one.”

Button also thought Mattia Binotto’s reaction to events post-race was also pretty telling and gives everyone a sense of what their expectations are going to be throughout this shortened season.

He added: “It’s funny because he [Mattia Binotto] didn’t mention Mercedes in a way as a competitor.

“He said ‘with our competitors not scoring many points…’

“So he knows who his competitors are, which is good.

“It is Red Bull and I think next week we’re going to see some good points haul for those teams.

“But it’s going to possibly rain and mix it up again!”

Button isn’t the only former driver to criticise Vettel for the mistake he made on Sunday. Shortly after the incident, Jolyon Palmer stated that the four-time World Champion’s racecraft has been “poor” for some time.

Vettel has defended himself, however, claiming that the car’s poor handling was to blame rather than his driving.

“It was tight, it was Carlos, I think, one of the McLarens, I lost the rear and to be honest, I lost it a couple of times – I’m glad I only spun once.”