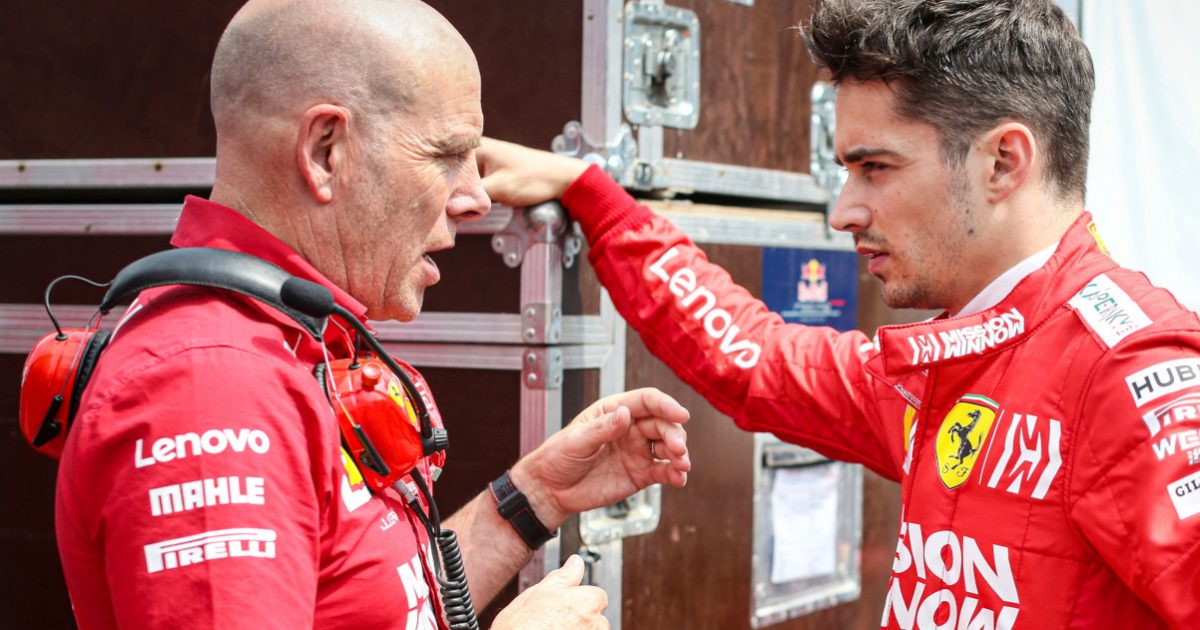 Charles Leclerc is “absolutely ready” to fight for title, or at least as ready as Jock Clear says one can be before actually being in that situation.

Into his fourth season in Formula 1, Leclerc has so far recorded a best result of P4 in the Drivers’ Championship.

He achieved that in his first season with the Scuderia, winning two grands prix during the 2019 campaign, a season in which he tussled with Max Verstappen and Lewis Hamilton.

But while the latter two have gone onto fight for World titles, Leclerc has fallen down the pecking order. Not because of his own performances but rather Ferrari’s struggles with its car and engine.

Despite being unable to add to his 2019 race wins, Leclerc is still billed by many as a future World Champion with Ferrari driver coach Clear convinced he has everything within himself needed fight for a World title.

“My initial reaction is, ‘God yes, he is absolutely ready’,” Clear told the Beyond The Grid podcast when asked if Leclerc is ready to fight for the championship.

“You have to balance that with [the fact] there is no substitute for actually being in that position where, ‘Oh my God, I could win a championship here’. That is a different level of pressure.

“But all I can say at the moment is he’s managed and coped with every other level of pressure so far. And yeah he’s made mistakes. People might say, ‘He made loads of mistakes in his first year’. Yes he did but all drivers are going to make mistakes.

“We know very well that Max [Verstappen] has made lots of mistakes in his earlier career, but nobody’s telling me that Max isn’t ready to win a championship.

“All I’m saying is so far, he’s met every challenge and been up for it and been strong enough to move forward from those mistakes.

“But will he cope with that? Yes he absolutely can cope with that. He’s not going to crumble when he drops it in qualifying and has to start from P13 or whatever. He’ll swallow it, deal with it and the next race come back and put it on pole.”

And it is that mental strength that Clear believes is the Monégasque driver’s biggest weapon.

“Mental strength,” he replied when asked what most impresses him about Leclerc.

“If you say okay put it in a nutshell these are the drivers I’ve worked with, put your finger on the one element that shines through it is mental strength certainly with Charles – quite astoundingly strong, mentally.