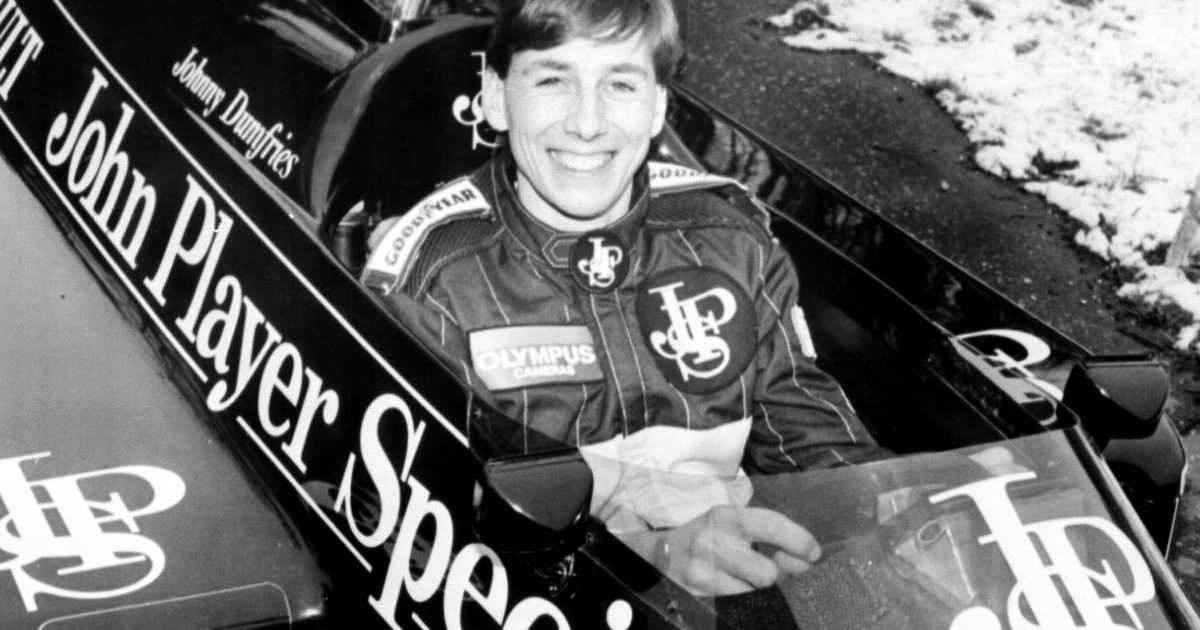 Ex-Formula 1 driver and Le Mans winner Johnny Dumfries has sadly passed away at the age of 62.

Arriving on the Formula 1 scene back in 1986, Dumfries came from one of Briton’s most aristocratic families.

His real name was John Colum Crichton-Stuart, 7th Marquess of Bute and he was the Earl of Dumfries, also a distant cousin to Queen Elizabeth.

On the track, he was a very capable racing driver.

Although his one and only season in Formula 1 with Lotus in 1986 produced just three points, it was never going to be easy with a certain Ayrton Senna on the other side of the garage.

The news of Johnny Dumfries’ passing means there’s nobody still alive who drove the John Player Special Lotus when it was literally at the height of its 1,500hp turbocharged power in 1985 and 1986. De Angelis, Senna and Dumfries all gone too soon. pic.twitter.com/wX5Lv4VEEX

Long before he made it to Formula 1, Dumfries had proven his dedication to motorsport by ending his education at Ampleforth College to follow his motor racing dream.

He would work as a painter, decorator and even drove the Williams team bus before starting out in karting in 1980.

By 1986 he had made it to Formula 1 as part of the Lotus team, at the request of Senna who did not believe Lotus could run two competitive cars that season.

Although he lost his seat at the end of the 1986 season as a result of Lotus signing an engine deal with Honda, he proved his ability as a racing driver by forming part of the team which won the 1988 24 Hours of Le Mans.

Very sorry to hear this news… Met Johnny for the first time only a few months ago. He couldn’t have been nicer or more generous with his time. Condolences to his family. https://t.co/Y6kFcCmWm2

In 1991, he retired from racing to take over his family estate due to the ill health of his father. But it was a career well spent as he achieved what he wanted to prove, that he could work hard and achieve success through his own energy.

Sadly, on March 22 2021 it was announced Dumfries had passed away following a short illness.

A family statement read: “The indomitable spirit and energy which Johnny brought to his life will be greatly missed, and the immense warmth and love with which he embraced his family.

“His heart was firmly rooted on the Island of Bute where he spent much of his time. Johnny chaired the Board of Mount Stuart Trust from its active inauguration in 2005 when Mount Stuart and its gardens opened to the public, and its rural estate was vested into the charitable trust.

“He was a moderniser and an inspirational thinker, transitioning a family home to a progressive, working visitor facility and estate.”

Everyone at Planet F1 would like to pass on their deepest condolences to Dumfries’ family and friends at this difficult time.