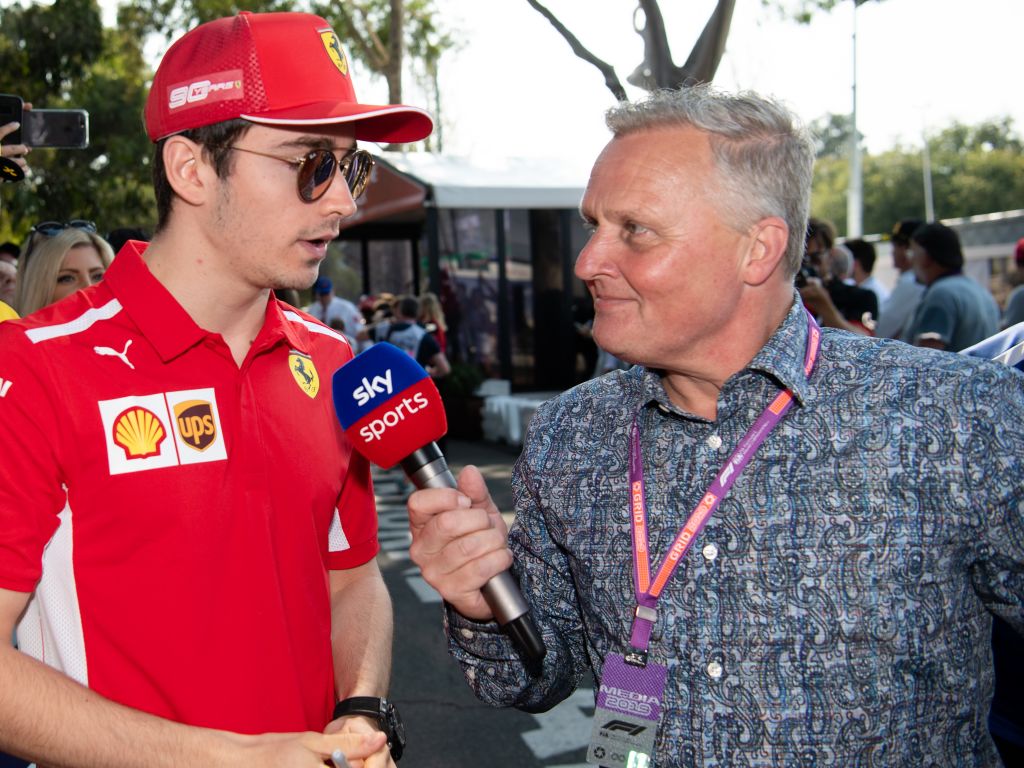 With real-life racing on hold due to the coronavirus pandemic, Formula 1 got involved with the virtual racing which has taken over by launching their own Esports series.

The first race ‘in Bahrain’ saw only two current F1 drivers take part, that being Lando Norris and Nicholas Latifi, along with a host of celebrities and drivers from the past.

It was Herbert’s first experience of Esports, and he provided arguably the highlight of the race when he went from P16 to P1 at the first corner by completely cutting it.

Speaking to Sky Sports about the incident, he said: “There was lots of talk about the first corner – that it was going to be mayhem and there was going to be crashing all over the place. So I always knew I would have to be aware.

“As I was going towards Turn One, I think there was a McLaren that slammed itself into the left-hand side. I knew then that there’d be a little bit more going on as we went into Turn One itself.

“I know it’s a game, but my racing brain kicked in and said, ‘why put myself and others in danger?’. So I played safe and cut the corner – the decision was almost made before I went off the line. As soon as I saw the mayhem start that was where a thought – or some people say a ‘cheat’ [Johnny was handed a time penalty for the move] – came into effect.

Herbert would ultimately finish P13, but did he think when he was leading that winning the Virtual Bahrain Grand Prix was possible?

“Not a chance! I was so out of my comfort zone with the car, my braking was awful,” he explained.

“I think I held on for about a lap but then they overtook me and I spun when I was in third or fourth. Then I got going again, and I spun again and ended up 13th.

“In my head I thought, yeah I want to hold them off, but I could just tell from what I’d been doing before and in qualifying, compared to what those guys had been doing, that I was nowhere near their pace.

“I didn’t just let them past me, I had a wheel-to-wheel battle with Zhou [who won the race], and I gave him a ram up the back when he overtook me. That damaged my front wing anyway, so that didn’t help either!”

Herbert will be giving Esports another crack on Sunday as he takes part in the second race in Formula 1’s Virtual Series around Albert Park, home of the Australian Grand Prix, and he has been getting plenty of practice in.

“I’ve been practicing Grands Prix, so I hope by Sunday I’ve put myself in a better position and better equipped to deal with the sim world that is out there,” he said.

“But it’s challenging. To adapt to it, it takes a lot of time.”

Tune in tonight for some more chaos 💥

The action gets underway at 8pm BST and will be shown live on Sky Sports F1, and if the above footage is anything to go by, then Herbert is likely going to chaos around Albert Park.