Home News ‘Albon still off the pace in the ‘A’ race’ 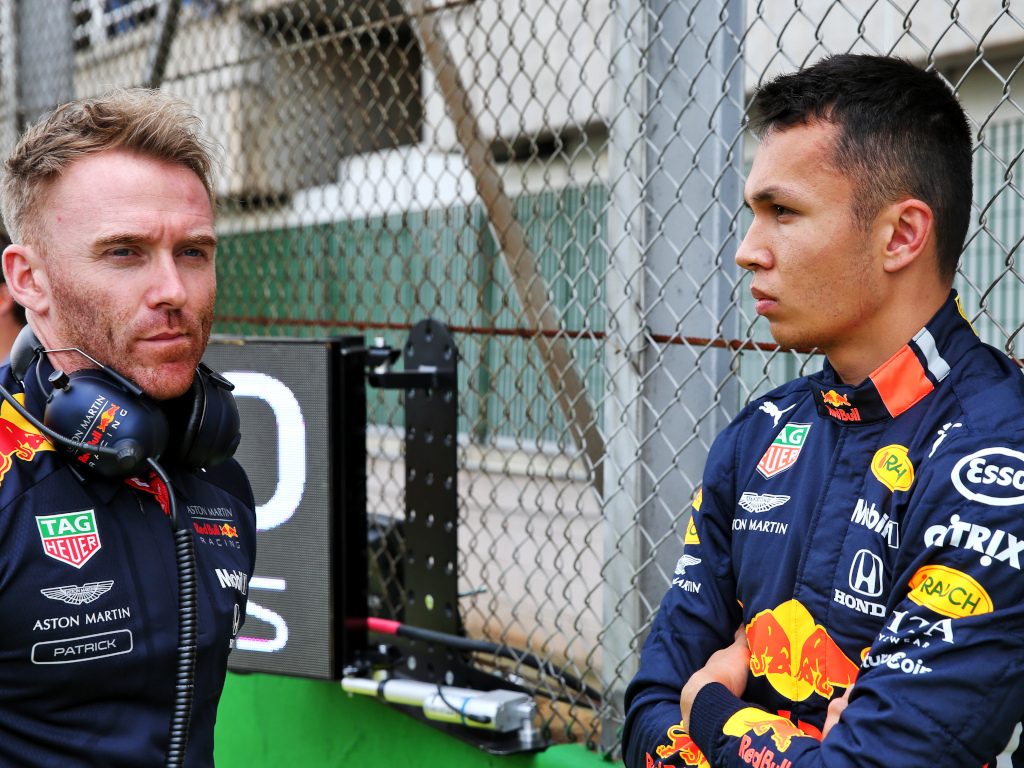 Alexander Albon has impressed in race conditions since being promoted, but he is probably “not quite progressing as well as Red Bull would have hoped for”, according to Jolyon Palmer.

The 23-year-old came agonisingly close to securing his maiden podium in F1 at the Brazilian Grand Prix over the weekend as he was running P2 during the final few laps.

However, that first podium disappeared in the blink of an eye as Lewis Hamilton made contact with him and he ended up finishing down in P14.

Despite missing out at Interlagos, Albon has still done well since making the step up to Red Bull as he finished sixth, sixth, fifth, fourth, fifth and fifth in his six races to date.

Former Renault driver Palmer, though, feels he is still some way off the front-runners.

“Albon has undoubtedly been stronger in the Red Bull than Gasly and would have been on the podium in Brazil had it not been for Hamilton’s overzealous passing attempt into Bico de Pato on the penultimate lap. But his qualifying deficit to Verstappen is 0.42secs – more than twice that of Ricciardo,” he wrote in his BBC Sport column.

“Albon has been impressive in race conditions, to an extent. His race-craft has been particularly strong since he joined Red Bull, often charging from the back of the grid after a penalty to finish on the back of the main race, and he has made some sumptuous overtakes – including around the outside of Ferrari’s Sebastian Vettel in Brazil.

“But at the moment he still seems unable to make any inroads into the ‘A’ race. While [Max] Verstappen took pole position and was heading to victory in Brazil, Albon qualified sixth and was heading for a finish there until Valtteri Bottas’ Mercedes engine expired and mixed up the race.

“All the while Albon has been doing OK – but perhaps not quite progressing as well as Red Bull would have hoped after a strong opener in Belgium – [Pierre] Gasly has been sensational back in the Toro Rosso.”