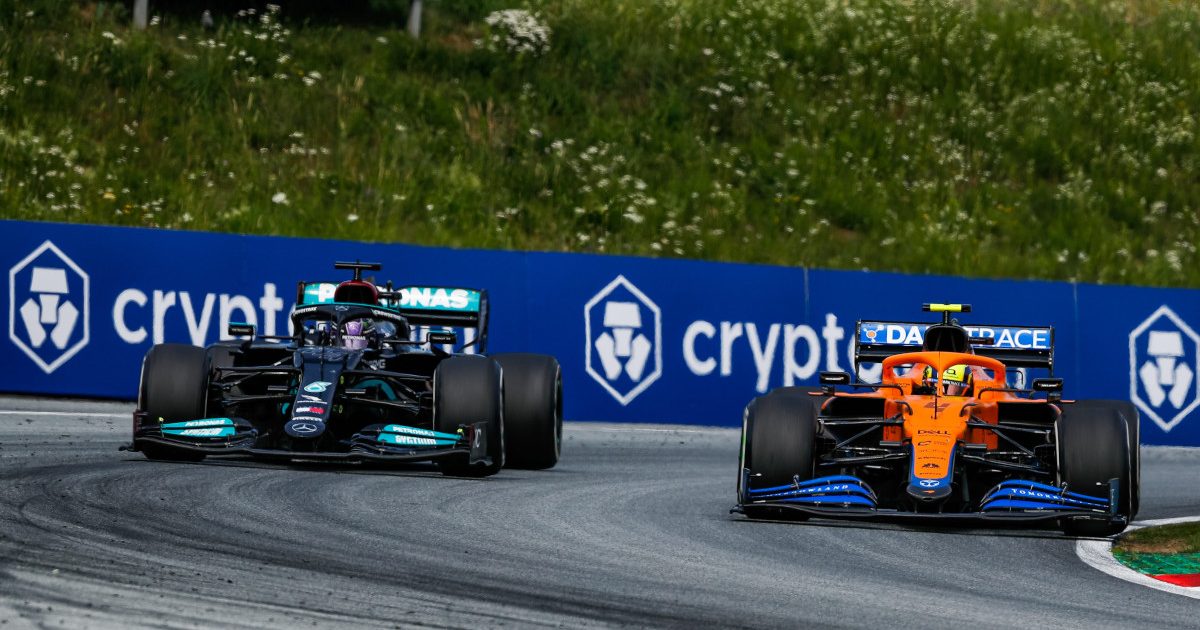 Allowing Valtteri Bottas to pass Lewis Hamilton rather than act as his rear gunner was Mercedes waving the “white flag” in the Drivers’ Championship – that’s according to former F1 driver Jolyon Palmer.

Hamilton did not have an enjoyable Sunday at the Red Bull Ring as he was unable to pass Lando Norris in the opening stint of the grand prix, losing time lap after lap to race leader Max Verstappen.

Although the reigning World Champion did eventually get by the McLaren, with his W12 having suffered damage on the Turn 10 kerbs, he did not have the pace to hunt down Verstappen.

So much so that Mercedes eventually allowed Bottas, who had Norris on his rear wing, freedom to pass his team-mate for second place.

That left Hamilton a sitting duck when Norris attacked him for the final podium position.

Palmer was surprised by Mercedes’ actions on the day, saying he feels they are already giving up on winning the Drivers’ Championship.

With Verstappen romping to his third win on the trot, the Red Bull driver has taken a 32-point lead over Hamilton.

“It was a little bit of a white flag from Mercedes, it felt like they were surrendering points – in terms of the Drivers’ Championship,” Palmer said on BBC Radio 5 Live.

“Obviously they are still concentrating on the constructors’, we heard the race radio instruction to keep Sergio Perez at bay.

“But I think winning the Drivers’ Championship is what Formula 1 is all about.

“I just felt Mercedes didn’t try to maximise what they could do.

“Allowing Valtteri Bottas to race Lewis Hamilton is one thing, but actually orchestrating Hamilton to get out of the way for Bottas?

“When was the last time a title challenger got out of the way for their number two team-mate in the midst of a championship campaign? Never seen it.”

In sharp contrast, Red Bull did everything right towards Verstappen’s campaign.

“Red Bull have had the strongest car, certainly at this circuit, but they have made the most of it,” Palmer added.

“It’s about putting it together when you have the chance and they have maximised it with Max Verstappen.

“They should have had a one-two here, with Sergio Perez finishing only sixth, but for the Drivers’ Championship, they have put Verstappen in a very strong position with three wins on the bounce.”