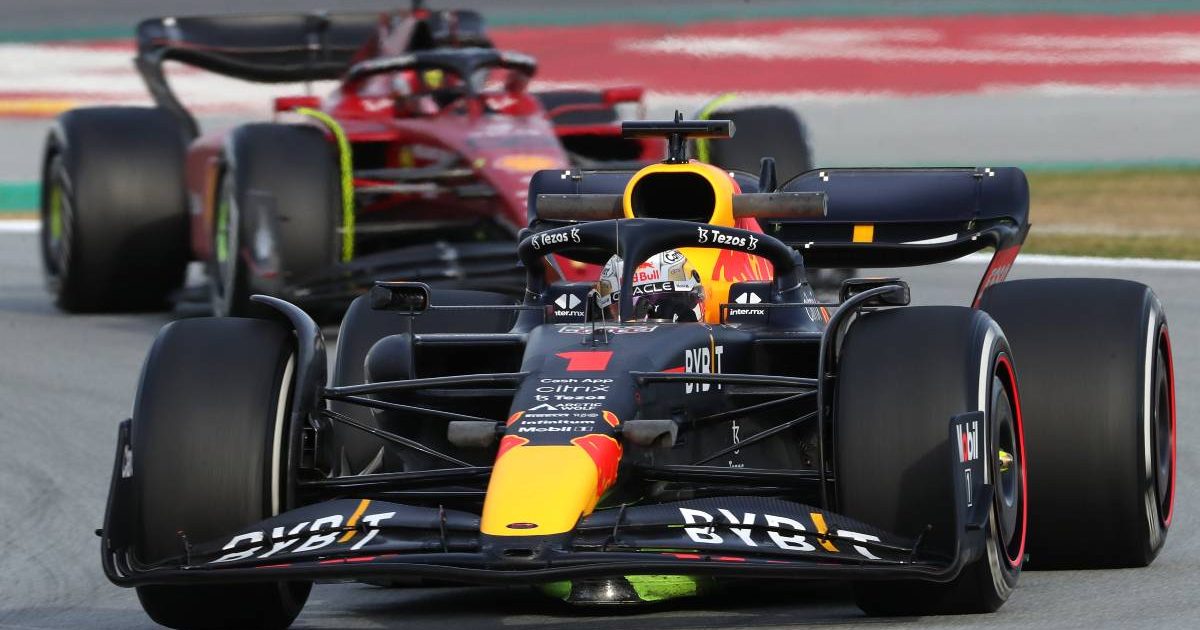 The team launched the RB18 by using only a slightly tweaked version of the Formula 1 show car put on display last year, keeping their design a secret until they took to the track in Barcelona for three days of unofficial testing.

The car looked radically different there, with several design features unveiled that showed distinct differences to what their rivals produced, including their distinctive sidepod configuration that Palmer described as being an “eye-catching” element of their car – and Mercedes have since confirmed they are “looking at” how the design works in practice, in case it offers something worth copying on the W13.

Red Bull quietly clocked up plenty of mileage in their three days of running around the Circuit de Barcelona-Catalunya, with a gearbox issue for Sergio Perez being the only hiccup in what was an otherwise productive time for the team.

Perez and Max Verstappen kept themselves well within the top 10 on the lap time classifications throughout the three days of running in Barcelona, but while every team aims to keep their cards close to their chests, where Red Bull stack up currently feels like something of an unknown as there’s more to come, according to Palmer.

He wrote in his column for Formula1.com: “It was a steady start to the year for Red Bull, who finally revealed their true RB18 car, including eye-catching aggressive undercut sidepods.

“Mileage seemed the biggest priority early on, with Max Verstappen driving what looked like a very heavy but stable car through the first day before handing it over to Sergio Perez on day two.

“There were more glimmers of some underlying pace on the final day as Verstappen got back behind the wheel for the morning, running similar pace, or slightly quicker, than George Russell’s Mercedes, until Russell extracted more pace on the red-walled softer tyres.

“Sergio Perez had slightly more troubled running and missed some laps on day two with a gearbox issue, but also ended the Barcelona running in good spirits after a cleaner run when the track dried at the end of play on the final day.

“The team seem to be in a decent position overall, even if they acknowledge there is plenty more to do with the car. But as yet, I’d say they’ve maybe kept the most hidden of any teams – so they will be well worth watching in Bahrain.”

The official three-day pre-season test begins in Sakhir on 10 March, before the 2022 season gets underway at the same circuit 10 days later.