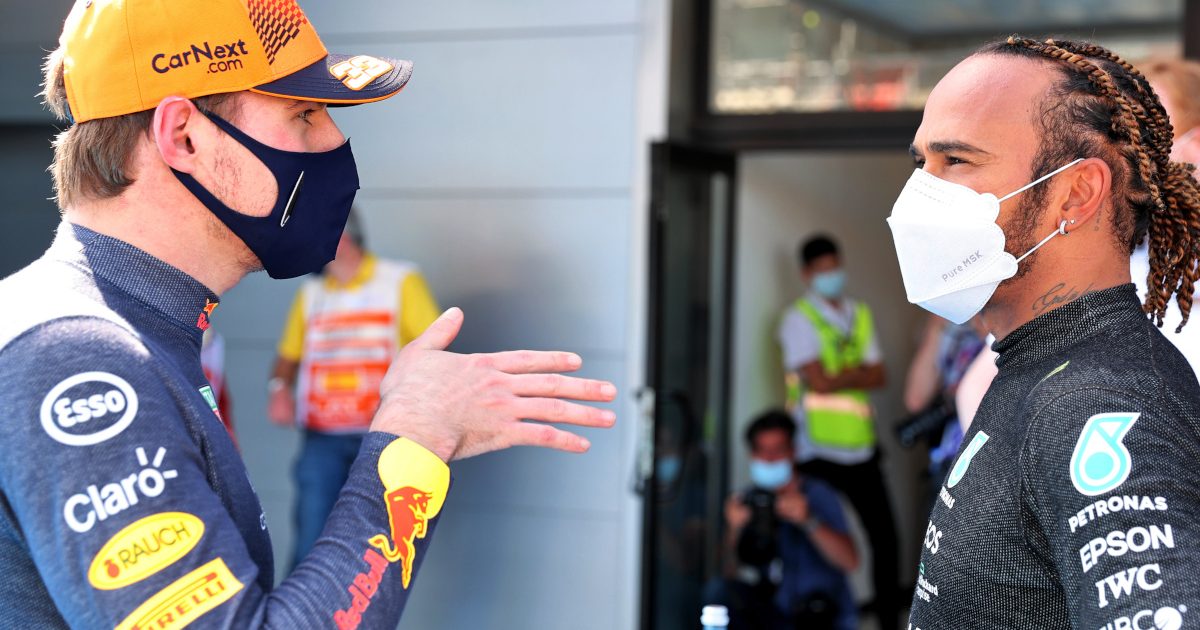 Lewis Hamilton’s collision with Max Verstappen will “certainly be season defining” but Jolyon Palmer is confident there was nothing “cynical” about it.

Hamilton and Verstappen’s crash at the British Grand Prix is a topic that is likely to have legs, both in the headlines and in the ramifications.

Colliding at Copse, the impact sending Verstappen flying into the tyre barrier at high speed and destroying his RB16B, was judged by the stewards to be “predominantly” Hamilton’s fault.

They said: “Car 44 did not avoid contact and the left front of Car 44 contacted the right rear of Car 33. Car 44 is judged predominantly at fault.”

Since then Verstappen has accused Hamilton of being “disrespectful and unsportsmanlike”, the Brit says the Red Bull driver is overly aggressive, Jos Verstappen won’t speak to Toto Wolff, and Helmut Marko still thinks a suspension is in order.

Palmer, though, reckons it was a racing incident, nothing more.

He wrote in his latest F1.com column: “With the incident itself I can’t help but feel it’s a racing incident. Hamilton was fully up the inside of Verstappen into the corner, therefore had earned the right to some space on the inside. Verstappen turned in knowing he was there, inevitably taking a risk that he would be hit by a Mercedes that couldn’t vanish.

“If you absolutely had to apportion blame, then maybe as Lewis missed the apex slightly you would say it was more him, but in the grand scheme of things this falls into the racing incident banner for me – a collision between two drivers who both refused to yield. What muddied the picture is the outcome.

“I can understand the polarising opinions after the incident. The impact Max suffered was massive, with the effect on the championship almost equally large at this stage. The Red Bull management were understandably pushing for the harshest penalty possible for their main adversary in a race where they had basically nothing else going on, but the reality is the incident didn’t warrant it.

“I’ve seen people try and compare this incident to controversial ones from Ayrton Senna in Suzuka, or Michael Schumacher in Jerez, but when the dust settles they must see that this is very different. This was undoubtedly a brave attempt from Hamilton but it wasn’t cynical.”

He added: “This 2021 season is looking like the toughest championship battle Hamilton has been involved in since 2007, while Verstappen is up against a team that has dominated the sport like none before. Both were driving at Silverstone as if the opening lap was the last, such was the risk taking and aggression.”

Hamilton’s took the win at the British GP, closing the gap to Verstappen to just eight points in the race for the 2021 Drivers’ title.

“I’ve felt that a Max Verstappen-Lewis Hamilton incident was an inevitability this year, ever since their wheel-to-wheel dice at Imola,” said the former F1 driver.

“Their rivalry had been fierce but just about respectful on track until Silverstone, but finally it boiled over in a fairly predictable manner, fueled by a festival atmosphere from a vocal British crowd and a new weekend format.

“In previous events Hamilton had avoided the collision when Max had asked the question, but this time he gave Verstappen as good as he got, and possibly more, as we ended up with an iconic collision that will certainly be season defining.”