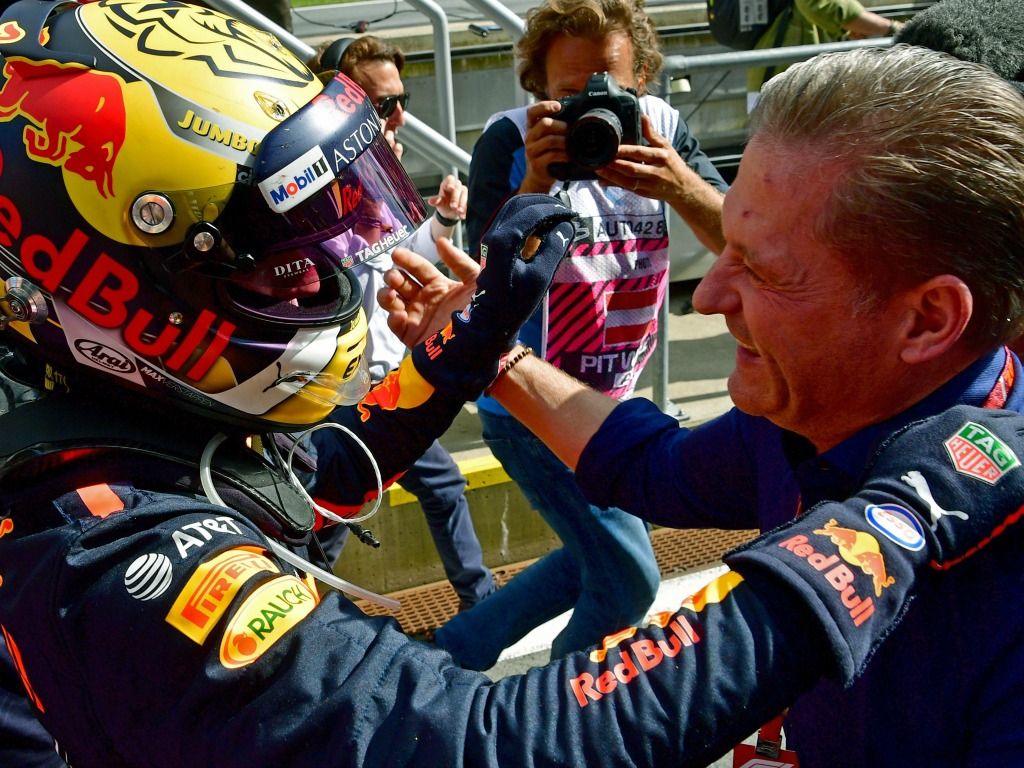 Jos Verstappen has said that people should never question his son’s driving style again after he won the Austrian Grand Prix.

Max Verstappen was presented with a glorious opportunity to claim his first win of the season following a strategic error from Mercedes, and the Dutchman displayed great maturity at the Red Bull Ring, looking after his tyres superbly and was ultimately rewarded with maximum points.

Verstappen was heavily criticised after his incident-packed start to the season, but has responded with three consecutive visits to the podium.

Jos, who was back in the garage over the weekend supporting his son, now believes that the criticism has to stop once and for all.

“Max knows what he is doing. He has to fine-tune some small things and he understands that himself, but by gaining experience he gets better and better.”

“Max punished all of the critics who complained so loudly about his driving style,” the Austrian told Auto Bild.

Max Verstappen’s tally of 93 points so far in 2018 is more than double the number he recorded across the first nine races last season (45).