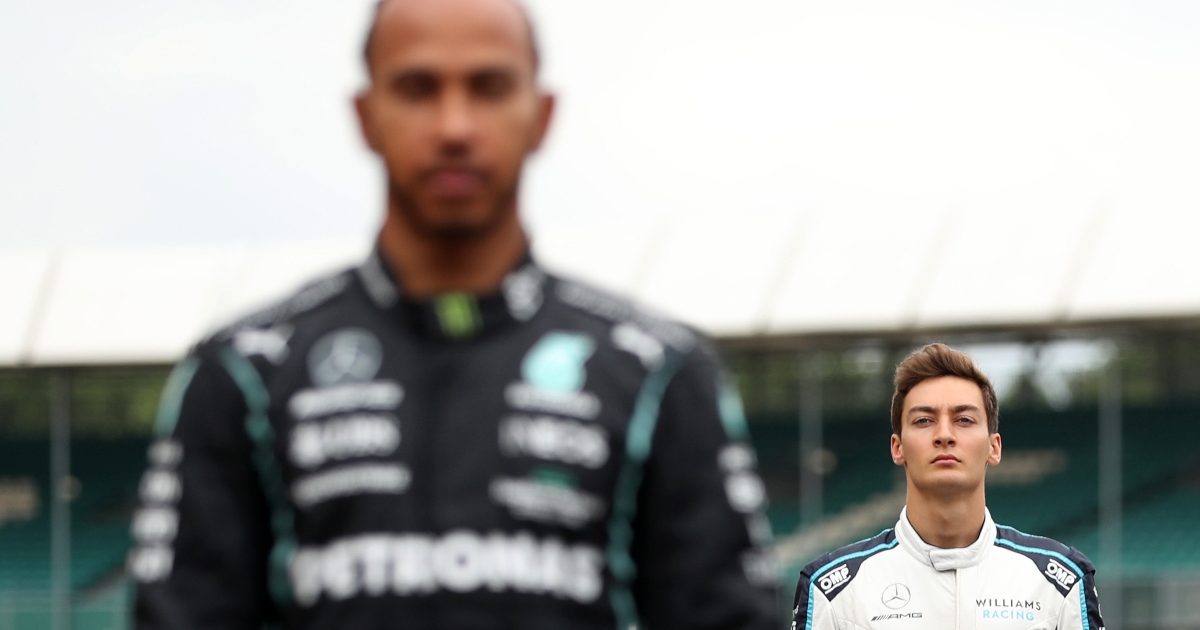 From their work together this year, Jost Capito has seen enough to convince him George Russell will “put pressure” on Lewis Hamilton at Mercedes.

Capito and Russell have been two of the top achievers at Williams, who have had a much more productive season in 2021 than any of their previous three campaigns.

For 2022, however, Russell is off to Mercedes, where he will replace Valtteri Bottas to become the new team-mate of Hamilton, the seven-time – potentially soon-to-be eight-time – World Champion.

Having an ambitious young compatriot alongside him will be a new dynamic for Hamilton – and Capito, the Williams CEO and team principal, fully expects Russell to throw down the gauntlet to his future colleague.

Asked in an interview with Sport1 in his German homeland whether Russell can challenge Hamilton at Mercedes, Capito said: “Yes, he can. I’ve worked with a lot of racers, but George is really outstanding.

“Also, how he can rally a team behind him. At 23, he’s already incredibly advanced. Very important is his strength in dealing with pressure. The greater the pressure, the stronger he becomes.”

Capito also concurred with his Mercedes counterpart Toto Wolff’s previously expressed opinion that rather than needing a season to bed in, Russell can carry the fight to Hamilton straight away.

“That’s what he wants, that’s why he’s competing.”

On his experiences of working with Russell, Capito added: “Of course I am sad that he is leaving.

“On the other hand, I’m also happy for him because he will be driving for an absolute top team.

“He has learned a lot at Williams and definitely deserves it.

“Of course we would have liked to keep him, but with Alex Albon we have found a good replacement. He fits in very well with the team, is hungry and is the right person to take the next step with Williams.”

For Capito, Russell and the whole of their team, the build-up to the penultimate round of the season will be sombre following the passing of the co-founder of the Grove-based operation, Sir Frank Williams, at the age of 79.

Sir Frank and his daughter, Claire, were team principal and deputy team principal respectively when Russell joined in 2019 until the team’s sale to current owners Dorilton Capital in the summer of 2020.