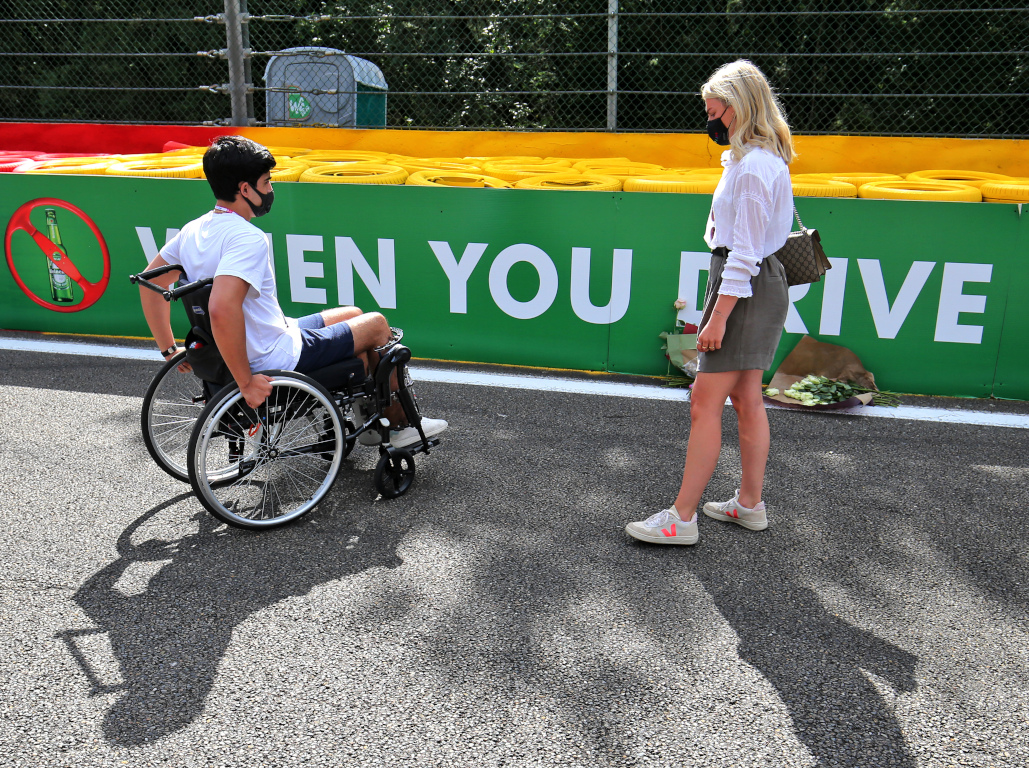 Almost a year to the day after suffering traumatic leg injuries in a crash at Spa, Juan Manuel Correa says he hopes to return to the grid next season.

Last year, on August 31st, the Formula 2 driver was involved in a tragic accident on the second lap of the feature race at the Belgian Grand Prix weekend.

Correa spent two weeks in a coma before heading home to continue his rehabilitation.

Although the 21-year-old’s right leg, which underwent several surgeries and has a few more to go, remains encased in an external fixation, he is hoping to return to racing as early as next season.

“I’ve been recovering really quickly, pushing a lot with that racer mindset, always doing more than necessary, but it’s worked out well,” Correa said during an interview on the Formula 2 Instagram channel.

“I’m actually looking for a comeback next year, so earlier than we thought initially, but it’s looking good.

“I have still quite a few surgeries left to go, but the whole metal [frame] around my leg should be gone by the end of this year, which means I can jump in a car, maybe as early as December.”

Correa returned to the Spa circuit and the scene of the crash on Thursday, paying his respects to Hubert.

We miss you, mate. 💙 pic.twitter.com/peyItJ7KpE

“I felt there was a way for me to kind of close the chapter,” he said, “but more importantly to pay my tribute to Anthoine.

“I haven’t been able to do so properly from Miami. It’s just been something I had pending.

“I felt that coming out here this weekend, I got the invitation from F2, and I took it in a heartbeat.

“I’m happy to be here, I’m happy to see all the people from the paddock again. But it’s also going to be a very emotional weekend for me.”

Speaking about Hubert, Correa said he still finds it hard to believe what happened 12 months ago.

He added: “He was a genuinely nice guy. He was a good friend, even though in racing, we don’t necessarily make friends with people we race against.

“He was an easy-going guy. He was so cool all the time, really positive.

“It’s hard for me to talk about him. Already driving here today, looking at the track, it gives me chills, and everything I do just reminds me of him.

“It’s still unbelievable what happened. It doesn’t seem real in a way.

“It just makes me sad, also for his family. I think a lot about them as well.

“I’m here to make a tribute to him, I’m here mostly for him this weekend, to kind of close the chapter and start looking forward.”