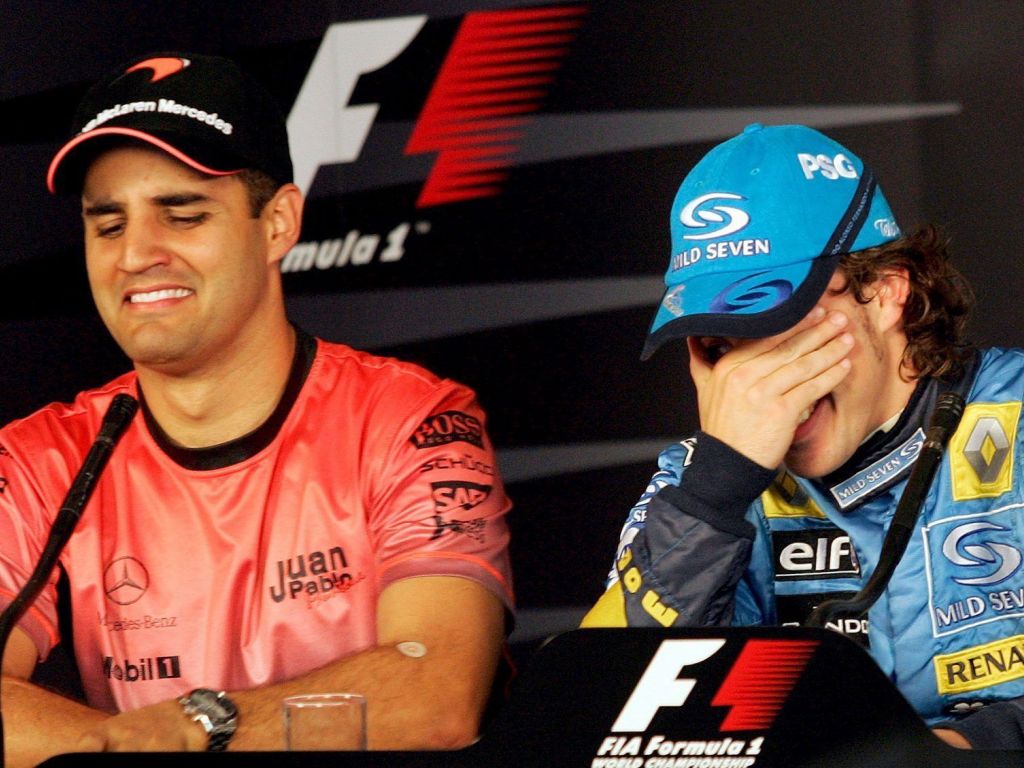 Alonso had planned to be leading the championship going into the final round, but penalties after Indianapolis scuppered that.

The two-time World Champion had put that right in the opening race though of the finale at Le Mans, starting from last but taking the win to temporarily claim that top spot.

It was in the second race though where it all came undone thanks to a first-lap crash which also involved Michel Jourdain Jr and Helio Castroneves, bringing a swift end to his virtual race and title hopes.

Alonso was sent into the barriers as a result of the contact, causing him to immediately retire, but out in front his fellow ex-F1 driver Rubens Barrichello put in a dominant performance to take the win at a canter.

With Alonso’s retirement though Montoya’s task was clear. The race win wasn’t needed, but closing that eight-point gap to David Brabham was.

Brabham himself had been involved in an early incident, and as he went about a recovery drive, Montoya was chasing down the podium positions.

The Colombian encountered a spot of bother though when he collided with Oriol Servia, leaving Andy Priaulx right on Montoya’s tail.

The pair were fighting back and forth, but in the process closed back up to Servia.

From there the drama really began as Montoya made contact with Servia again, sending himself into a spin that wiped out Priaulx, but it left Montoya still in P4 which was good enough for the title.

On this crazy last lap though Priaulx would pass Montoya, meaning with Brabham in P7 he was now again set to take the title.

Montoya fought back and collided with Priaulx, and while both went off the road, it was Montoya who made it to the line first in P4, securing the title.