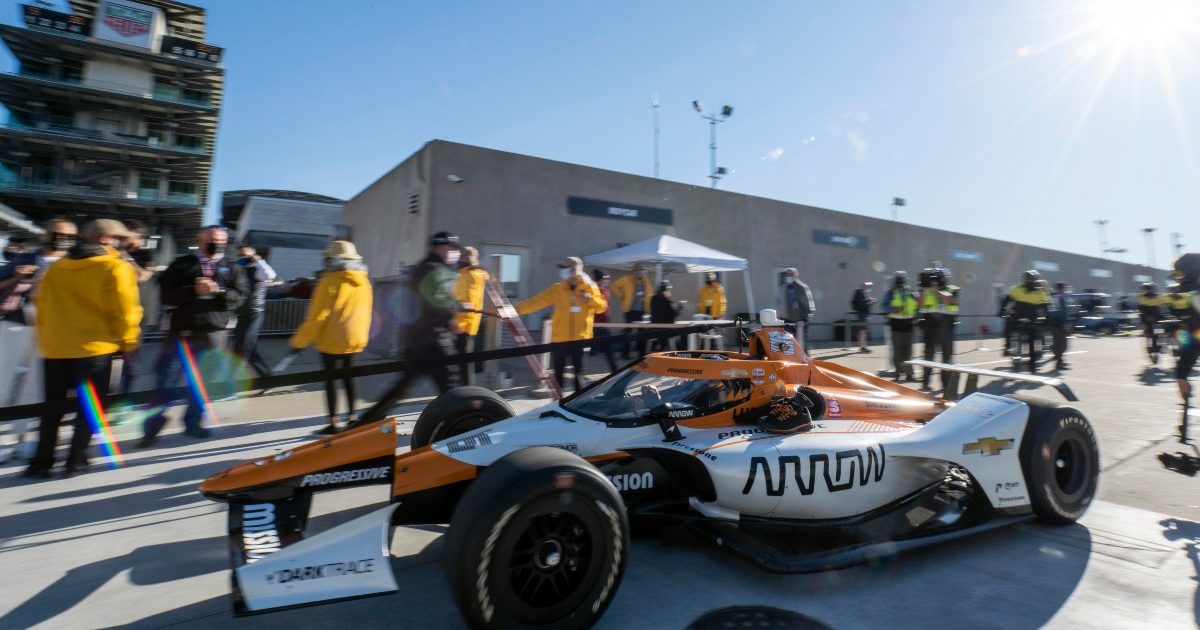 Juan Pablo Montoya was the only former Formula 1 driver competing in the Indy 500 to finish the race inside the top 10.

A total of seven drivers to have previously competed in F1 lined up for the iconic race at Indianapolis; Montoya, Marcus Ericsson, Takuma Sato, Pietro Fittipaldi, Max Chilton, Alexander Rossi and Sebastian Bourdais.

Montoya and Sato have both tasted victory, and the milk that comes with it, before, but the Colombian was the only one of the group to finish in the top 10, let alone fight for the win.

Driving for McLaren again – Arrow McLaren SP, specifically – he started down in P24 but made a steady start to move up to P13 amidst some early chaos.

He then consolidated his position just outside the top 10 before moving into it, taking P8 as the race entered its closing stages.

The 45-year-old ultimately fell behind young Dutchman Rinus Veekay late on, but held on to secure a top-10 finish, crossing the line in P9.

It was an even better result for Montoya’s team-mate, Pato O’Ward who was in contention for the victory throughout but had to settle for P4 behind Helio Castroneves – who won the race for a fourth time – Alex Palou and Simon Pagenaud, missing out on a podium on the final lap.

✅ 500 miles of the Indianapolis Motor Speedway.

What a race and what an effort from the @ArrowMcLarenSP team. 👏

Enjoy that, everyone? #Indy500 pic.twitter.com/ENTMvtqEot

He may have been the only former F1 man to finish there, but Montoya wasn’t the only one to get himself in the mix for a top-10 finish.

Sato found himself running as high is P2 in the closing stages by going long on his tyres in the hope of a yellow flag at the least, but ultimately it never came and he had to pit, eventually finishing in P14.

Three places ahead of him was former Sauber man, Ericsson, who narrowly missed out on a top-10 finish himself, losing out to Tony Kanaan.

The other three names familiar to the world of F1, Fittipaldi – who is standing in for Romain Grosjean at oval races this year – Bourdais, Chilton and Rossi crossed the line close together in P23, P24, P26 and P29 respectively.

It was a historic race, with Castroneves’s fourth win equalling the record held by A.J. Foyt, Al Unser Sr. and Rick Mears.