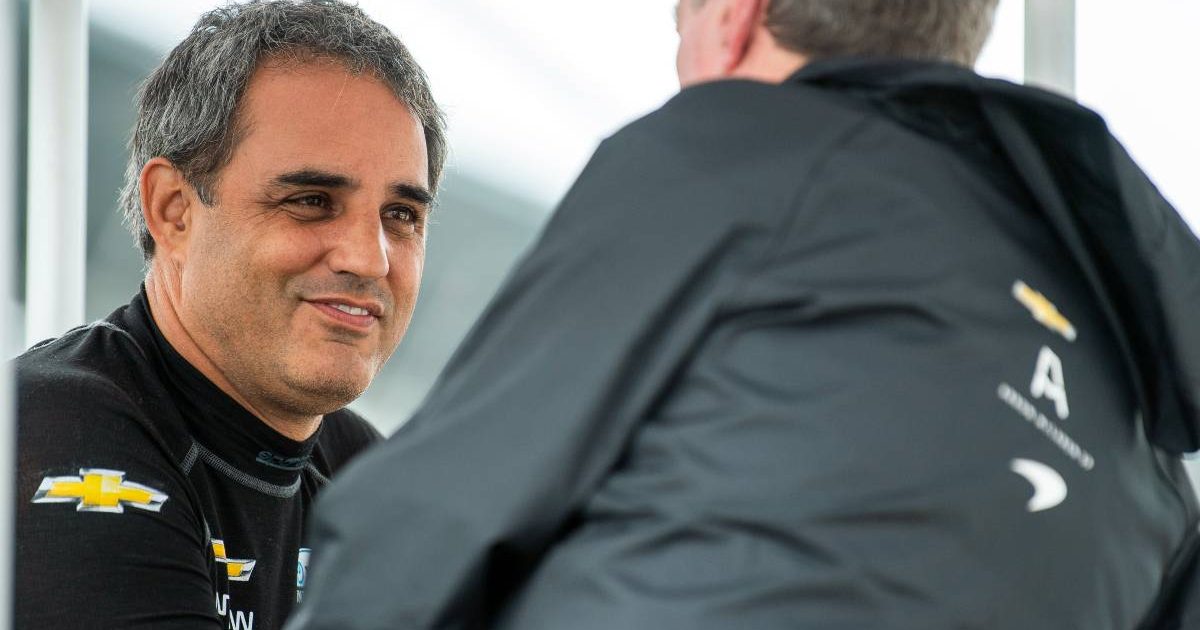 Juan Pablo Montoya has reiterated his belief that Formula 1 is a more “playful” environment these days than when he was competing.

The Colombian raced in F1 from 2001-06 for Williams and McLaren, winning seven races before exiting halfway through his final season to return to America where he began a career in NASCAR.

During his spell in Formula 1, Montoya famously clashed with the era’s dominant driver, Michael Schumacher, in particular – telling the seven-time former World Champion to his face in a press conference he had to have been either “blind or stupid” following an incident between them during the 2004 San Marino Grand Prix.

A few months ago, Montoya declared the F1 atmosphere these days was generally much more pleasant than when he had been racing, saying: “Honestly, when you go to the paddock it’s shocking how much nicer it is nowadays than it used to be.

“It’s just nicer, people are way friendlier. It’s a much nicer place to be.”

He has now expanded on those comments, with Formula 1 drivers certainly being generally more image-conscious these days and enjoying more harmonious relationships with their rivals and team-mates than was the case in previous decades.

“Everyone was very much on their own in those days,” Montoya told Motorsport.com of his era. “Nobody was friends with each other, nobody talked to each other.

“The only drivers I talked to were Rubens Barrichello and Fernando Alonso, and occasionally Felipe Massa. But that was about it. I spoke to very few people at all.

“I grew up with the mentality that you had to beat everyone and not have friendly relations with others in racing. You didn’t want to have a situation where you were in doubt about whether you should attack someone hard or not.

“Formula 1 was a tough environment. Nowadays it’s a bit more relaxed. Partly because of social media, it has become more playful. The sport has changed in that respect.”

With one of Montoya’s contemporaries, Jos Verstappen, still being a prominent figure due to the exploits of his World Championship-chasing son, Max, the 45-year-old from Bogota recounted his recollections of the Dutchman – including an incident at Interlagos in 2001.

“I didn’t race that often with Jos,” said Montoya. “When I drove in Formula 1, Jos was not really in a competitive car. Everyone always said he was super-fast, but he never really managed to make the most of his career.”

In only Montoya’s third F1 grand prix, in Brazil, he appeared on course for a first victory when Verstappen’s Arrows rammed into the back of his Williams while being lapped, putting both of them out of the race.

However, Montoya did not think the incident had cost him a win, which eventually went to David Coulthard in a McLaren.

“Even if I had not crashed with Jos that day, I would probably not have won that race,” admitted Montoya. “It was raining and the Michelins were 10 seconds slower per lap at the time [than Bridgestones].

“But thanks to Jos, I looked like a hero! Of course I was very angry about it at the time, but it was what it was.

“Besides, in those days it happened more often that things broke down in the car. So maybe I would have crashed out because of something else.

“I was actually very happy that I was leading the race! That I had passed Michael and was leading a grand prix. It gave me the confidence that I had what it takes to be up front in Formula 1.”