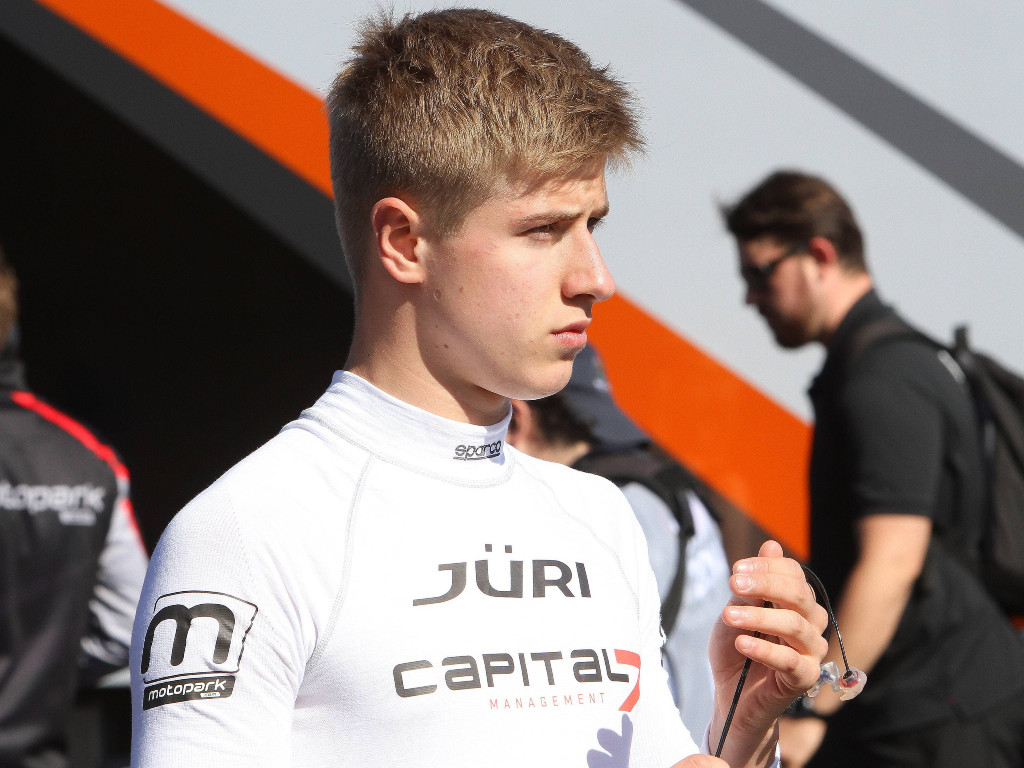 Juri Vips will make his Formula 1 test debut when Red Bull field a contrasting line-up for the end-of-season session in Abu Dhabi on Tuesday December 15.

The highly-rated Estonian is joined in the ‘young driver test’ by 32-year-old Sebastien Buemi, who had three full seasons driving for Toro Rosso between 2009 and 2011.

Although Buemi clearly does not fit the eligibility criteria of a rookie who has competed in no more than two F1 races, he, like Fernando Alonso and Robert Kubica, has been given a special dispensation by the FIA.

While Alonso has received the green light due to being away from Formula 1 for two years before his 2021 return with rebranded Renault team Alpine, Buemi and Kubica got the thumbs-up as there is no intention for them to be on the F1 grid full time.

Vips is a Red Bull Junior driver who joined their programme in 2018 after winning the German Formula 4 title and he went on to finish runner-up at the 2019 Macau Grand Prix.

This year, he stepped in for eight races of the Formula 2 Championship in the DAMS team while Sean Gelael was out injured and enjoyed a podium finish at Mugello.

“I’m extremely grateful for the opportunity Aston Martin Red Bull Racing have given me to drive the RB16 at the Young Driver Test in Abu Dhabi,” said Vips.

“This will be the first time I get to drive a current Formula 1 car as I did my [previous] 300km in an RB8.

“There will be a lot to learn but I will make sure I prepare as much as I can and it has been good for me to be with the team as reserve driver for the last few races.”

Buemi had a best result of P7 in his F1 race career on two occasions, both in his debut campaign of 2009 on his first appearance in Australia and later in Brazil.

Since then, the Swiss racer has won the 2015-16 Formula E title, the World Endurance Championship twice and the Le Mans 24-Hour Race for the last three years.

“I haven’t driven the car since the Pirelli test last year at Silverstone, so the test in Abu Dhabi is very important to me,” said Buemi.

“I spend a lot of time working in the simulator and if you get the opportunity to drive the real car it’s much better for the correlation, so I can give feedback on how the simulator behaves compared to the real car.

“It also gives opportunity for an extra driver to provide feedback to the team.

“It’s a great opportunity and I’m really looking forward to it.”