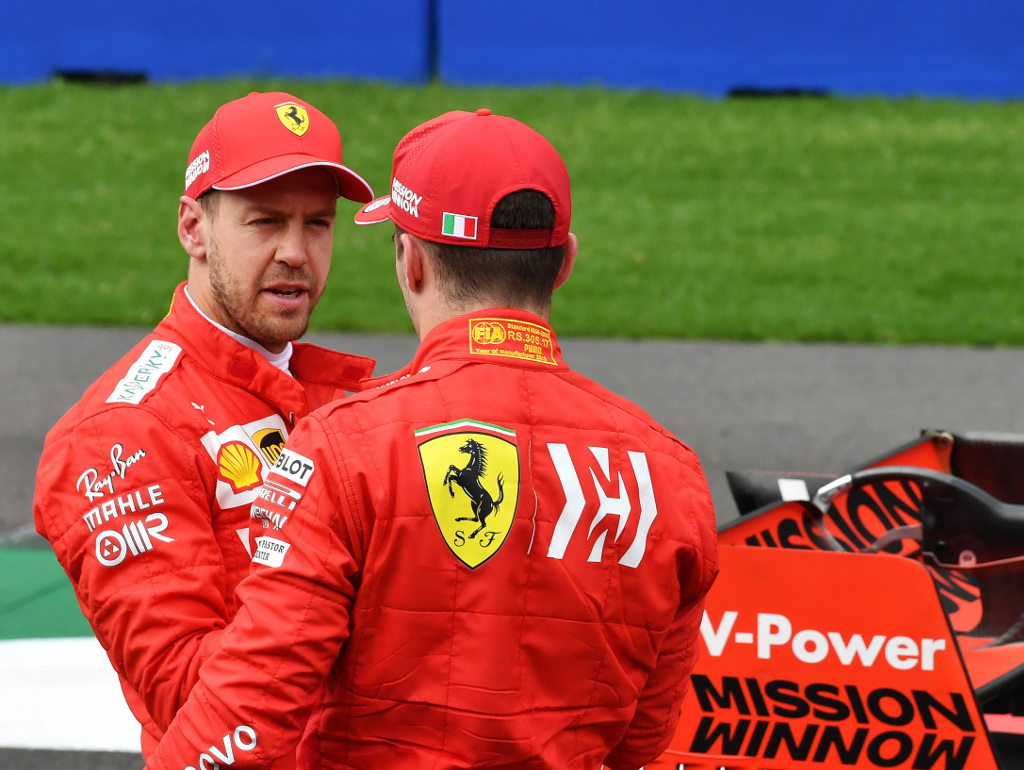 Jacques Villeneuve believes Charles Leclerc’s determination to prove he’s the future of Ferrari, and not Sebastian Vettel, hurt the Scuderia in this year’s campaign.

Leclerc joined Ferrari ahead of the 2019 season with the Italian stable insisting that Vettel would be the “priority” driver.

It, however, took Leclerc all of two races to defy Ferrari team orders as he overtook Vettel in Bahrain despite being told to “stay” behind his team-mate.

As the season progressed Ferrari fell apart, not winning a single race before the summer break.

They added three after it but it was too little too late for the Italian stable.

Villeneuve believes the blame for that rests largely with Leclerc.

“A lot depends on your two drivers, and the chemistry within the team just was not in balance.

“Ferrari never said to Leclerc: ‘It’s your first year with us, your second year in F1. Relax, learn from Vettel.’

“Then the team would have moved further forward than now.”

He continued: “Instead, from the first race, Leclerc has had the attitude of ‘I’m going to show that I’m the boss and that Vettel is past. I am the future.’

“And there was a wave among the fans of ‘Leclerc is coming to save us’ and the media went along with it.

“I think that hurt Vettel.

“That didn’t help Ferrari as Leclerc simply wasn’t ready for that role.

“This year he drove for pole positions and sometimes for victories but not for the championship.

“So this whole situation has damaged Ferrari.

“I don’t know what Mattia Binotto could do about that.

“I do not know the agreements, in the days of Irvine and Barrichello this was simply established. How does this work? Who will say?”