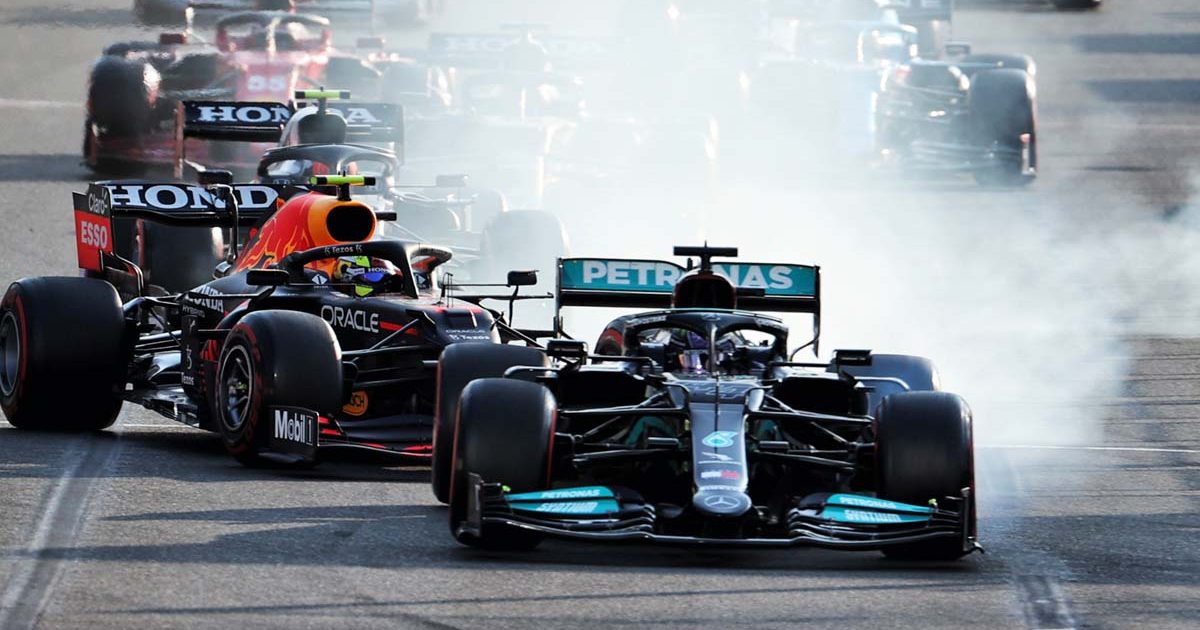 Jacques Villeneuve believes Max Verstappen deserves to be P1 in the standings after the “huge mistakes” from Lewis Hamilton.

Verstappen took the lead of the Drivers’ Championship with victory in Monaco, and looked set to extend it with back-to-back wins before a late tyre blowout in Baku.

In the end though, he did not lose any ground to Hamilton with the Briton going off at Turn 1 at the race restart. That dropped the Mercedes driver out of the points and ensured Verstappen kept his four-point buffer heading to the French Grand Prix.

And with Sergio Perez taking victory in Baku, Red Bull extended their lead over Mercedes in the Constructors’ to 26 points.

A slice of good fortune? Well, 1997 World Champion Villeneuve does not believe so. Instead, he feels Red Bull and Verstappen have deservedly profited from Hamilton’s errors.

“They deserve it because if you look at it, the only mistakes Max has made this year is running wide in Bahrain, finishing second instead of first, and running wide in Portugal and losing one point for not getting [fastest lap]. That’s it,” he told RaceFans.net.

“If you look at Lewis – Imola, [he was] lucky, he should not have been in the points, he should have been at the back. But he recovers, finishes second because there’s a red flag at the right time. But he did make a huge mistake.

“Then last weekend, that was a big mistake. Even though, which and whatever, it’s a huge mistake. And in Monaco, he was not on it, he was way behind his team-mate as well.”

Having a strong second driver has been a real sticking point for Red Bull in recent years, but the tables turned completely in Baku.

This time it was Perez who stepped up and saved the win for Red Bull, while Bottas was left battling unsuccessfully in the midfield when Mercedes desperately needed him at the front.

Few were impressed with Bottas’ display and Villeneuve can be included.

“Even though Perez had a tough beginning of the season, he’s generally been better off than Bottas. So it’s normal and it’s good that Red Bull are ahead in the championship.”