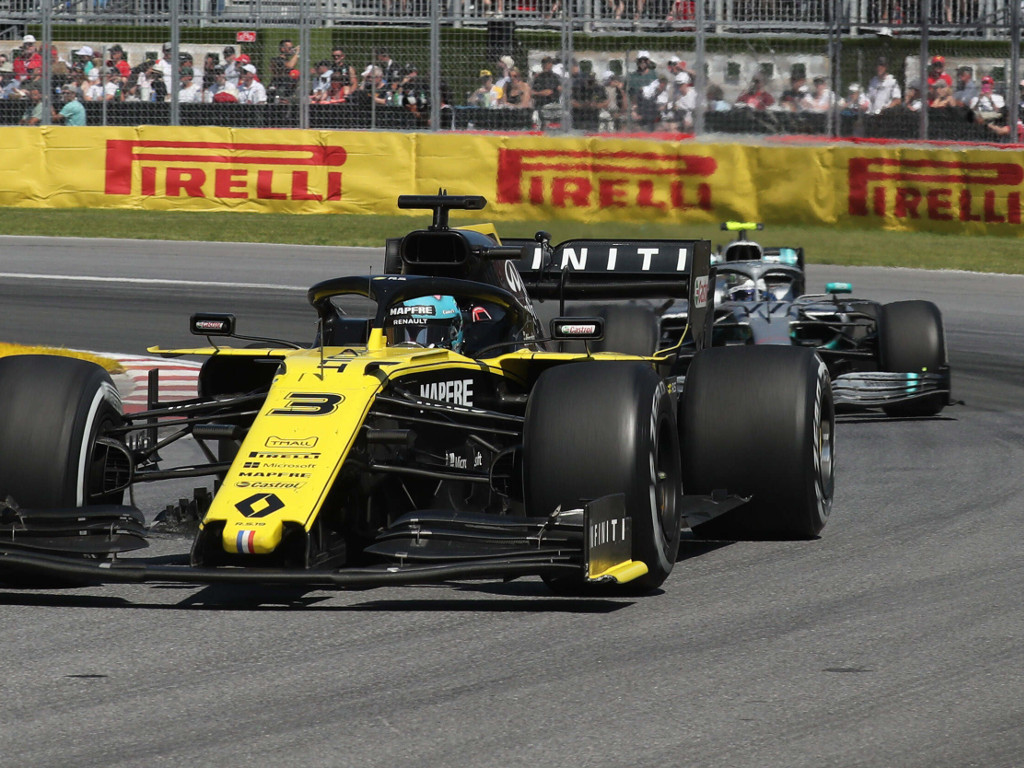 If anything in Montreal deserved a penalty it was Daniel Ricciardo’s block on Valtteri Bottas, that’s according to 1997 World Champion Jacques Villeneuve.

Formula 1 courted controversy at the Canadian Grand Prix when the stewards hit Sebastian Vettel with a five-second time penalty that cost him the win.

The Ferrari driver was penalised for an unsafe return to the track after cutting the grass at Turn 4 and returning to the track directly in front of Lewis Hamilton, forcing him close to the wall.

That though, JV says, wasn’t dirty.

What he feels the stewards should have looked at was Ricciardo defensive moves as the Renault driver tried to keep Bottas behind him early in the race.

“I wasn’t surprised by Vettel’s penalty, because it’s often the opposite of what happens,” Villeneuve told Autosport.

“Ricciardo deserved a penalty for the way he drove in a straight line, and he didn’t get one. It’s often been like that.

“It ruined the race because it was a bad call, not because, ‘It should have been a different winner.’

“That’s not the issue, it’s not that it could have been a Ferrari win, you can’t take that into account.”

The Canadian added that the stewards need to take intent into account when dishing out penalties.

He explained: “There should be a difference between intentional and when you go through a corner and get back on the track sideways.

“And mostly because the driver behind knows what’s happening. Lewis knew where Vettel was going.

“[Vettel] could have come across the track much more aggressively, and he didn’t.

“It’s not a question of letting them race, because ‘let them race’ means people do dirty, stupid stuff.

“You should never do anything intentional that forces another driver to back off or put him in danger, that’s one thing.

“But you go across a chicane, you get back on the gas as hard as you can, even if it might be risking other drivers, because the guys behind know, ‘This guy is in the grass, he’ll probably get sideways, the chances are I’ll be squished… OK, I’ll go for the inside.'”

He concluded: “Lewis did the right thing, he managed to impose a penalty on Vettel. He’s very good at that!”