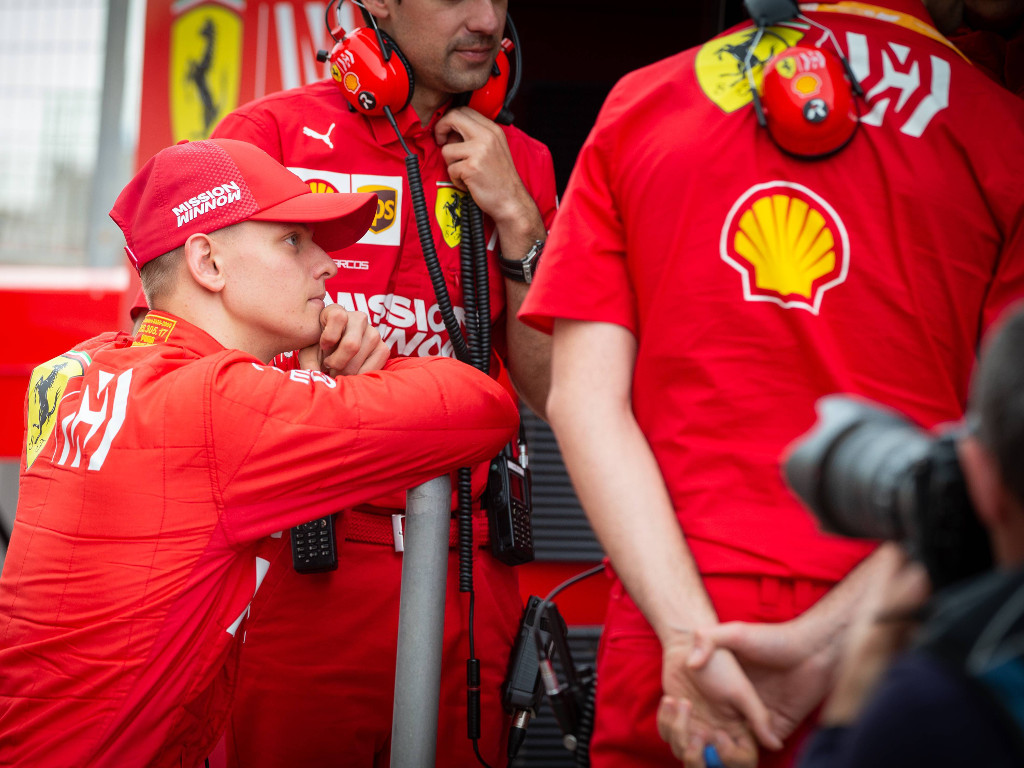 Ferrari “will burn” Mick Schumacher if he doesn’t have the pace, that’s the warning from former F1 driver Jacques Villeneuve.

Schumacher, the son of seven-time F1 World Champion and Ferrari legend Michael, joined the Scuderia’s driver academy at the start of this year.

Already he has had his first run in a Ferrari, testing for the team during the post-Bahrain test.

That is expected to be his last run in a Ferrari for a while as the 20-year-old adapts to life in the Formula 2 championship with Prema Racing.

He will, however, still be part of the Ferrari show with Villeneuve warning he come to regret that.

The Canadian told the Swedish newspaper Expressen: “Right now they are using his image but if he is not super fast, they will burn him right away.

“He has been quiet until now but that time is over now that he is part of Ferrari, everyone will look at everything he does, it will be extreme.”

He added: “If he is not quick and he makes mistakes, he will be criticised hard.

“He has to manage it or go home, there is no middle road.”