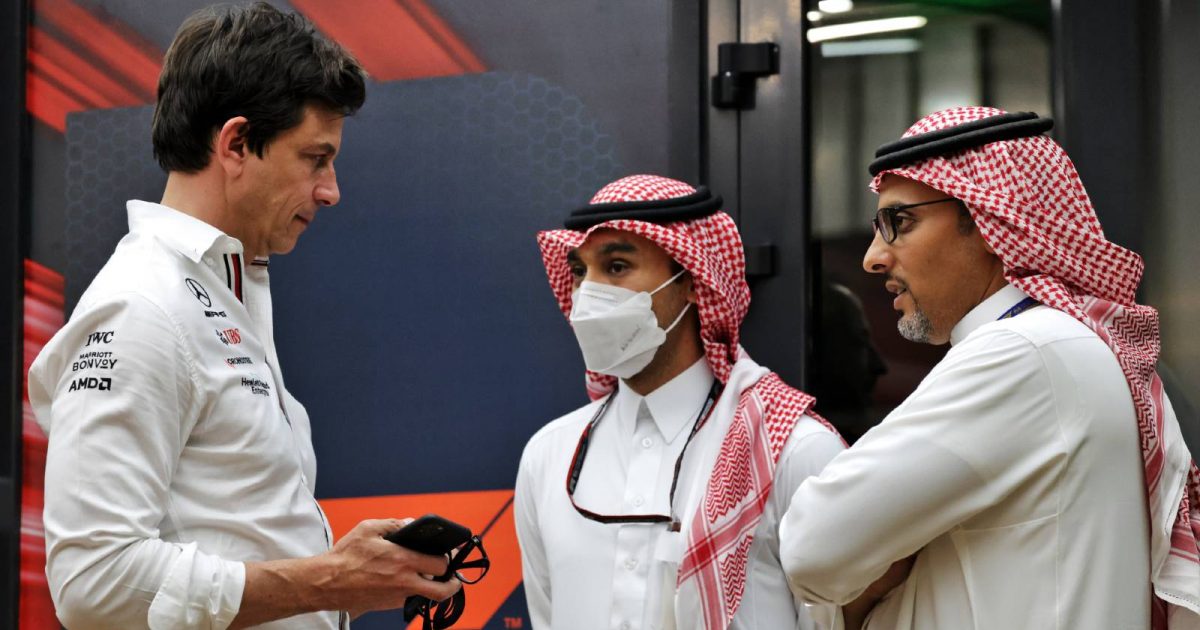 After concerns around the Saudi Arabian GP going ahead following a missile strike at a nearby oil plant, Sky Sports analyst Karun Chandhok believes the sport needs to ask itself questions about the future of the race.

The former Formula 1 driver added that these discussions need to take place with the benefit of time to settle down, after hours of meetings took place between drivers and senior figures in the sport on Friday night amid concerns about their safety.

The strikes came as part of Saudi Arabia’s ongoing conflict with Yemen, and the attack just nine miles from the Jeddah Corniche Circuit prompted understandable concerns from within the sport about how safe it would be to go racing at the weekend.

A statement was eventually released confirming that the race weekend would continue, with reassurances having been given to those within the paddock about the safety of the Grand Prix as a whole, but questions remain about the future of Saudi Arabia’s place on the calendar as a result of the conflict in the country.

Several drivers have since spoken out about the situation, with Grand Prix Drivers’ Association director George Russell wanting to find “clarity” on the incident, and what next steps would be taken should a similar moment happen in the future.

Official confirmation that #F1 will continue with the Saudi Arabian GP weekend… https://t.co/WJii1qqedO

With the war between Russia and Ukraine prompting Sochi’s removal from the calendar, Chandhok believes senior figures in the sport need to come to a consensus about what to do next – while away from being in the heat of the moment.

“I think this is something for the weeks and months to come,” he said on Sky Sports News. “The FIA and Formula 1 need to have those conversations with themselves, with the promoters in Saudi Arabia and ask themselves those questions.

“Because questions need to be asked, in the same way that they cancelled the Russian Grand Prix this year – which was the right decision, of course.

“In the same way, they need to make a decision about whether it’s right or wrong for us to go to any of the 22 venues, but that can’t be made over a 48-hour period.

“This needs to be a calmly considered conversation, not in an emotionally-charged event environment where you’re seeing these things unfold and there’s a strong degree of nervousness across the paddock.”

With that, he feels confident that the sport will come to a solution eventually and move forward.

“There will have to be a good debrief and a study done into what exactly unfolded over the course of the weekend. Everything was changing so quickly, I think it would have been hard [to do so],” said Chandhok.

“But I’m sure Stefano Domenicali [F1 CEO] and Mohammed Ben Sulayem from the FIA will try and understand exactly how things can be dealt with in the future, in terms of just making sure everyone feels safe.

“Let’s be honest, the world doesn’t feel in general like a particularly safe place at the moment. There’s a lot going on, and the sport does need to have some mechanisms in place, I think, to keep everyone safe and to make everyone feel safe.”