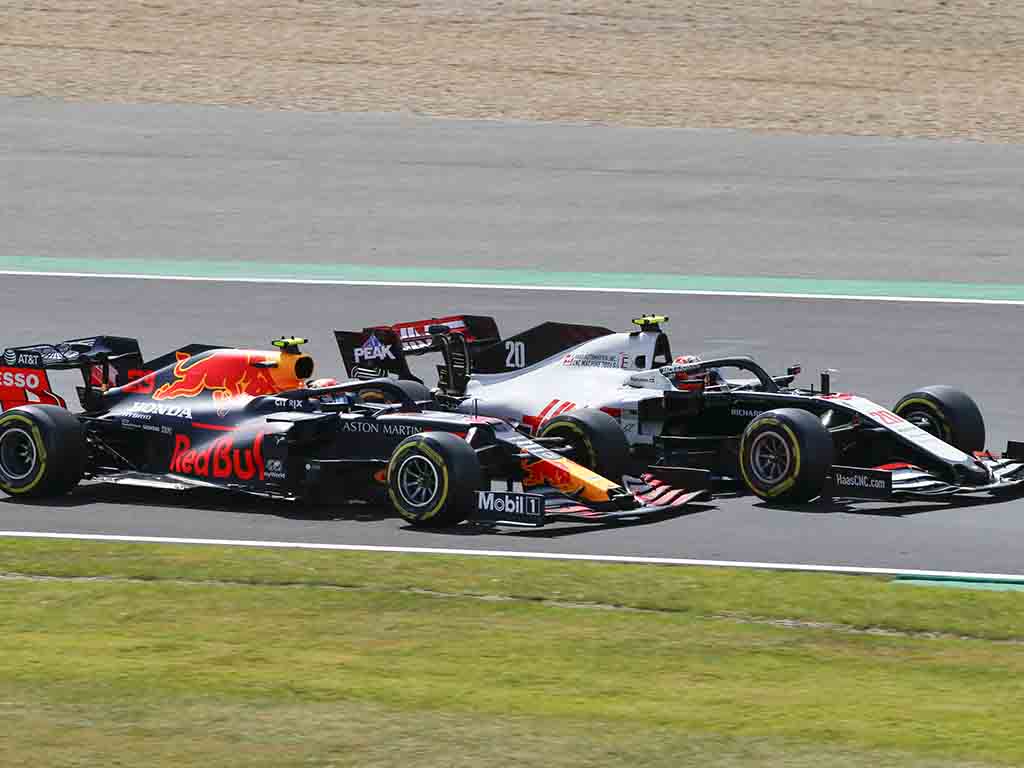 While Kevin Magnussen does not feel there was any malice from Alex Albon, he still thinks his overtake attempt at the British Grand Prix was “poorly judged”.

Albon, looking to fight his way into the top six after lining up P12 on the grid at Silverstone, was involved in an early incident with Magnussen which resulted in the Haas driver crashing out at Club corner.

The under-pressure Red Bull driver was given a five-second penalty by the race stewards for causing a collision and Magnussen  thinks it was a case of impatience getting the better of him.

“By the time I saw him, it was way too late for me to really give him any room,” Magnussen said via Autosport.

“I think it would have been very easy for him to wait. He had a way faster car, he would have easily gone past me anyway.

“I don’t think he would have had a very difficult time if he had not taken that huge risk right there. He would have probably done it the next corner even.

“Clearly it wasn’t any bad intentions from him, just I think poorly judged.”

🗣 "I’m happy we’ve got another race here at Silverstone next weekend as I love this track and we can use what we’ve learned this week and put it into practice." @alex_albon reacts to his #BritishGP pic.twitter.com/9adSJxMgTn

Albon was able to continue and finished P8 by the time the checkered flag waved. Red Bull boss Christian Horner was happy with his driver’s efforts and wants him to have a more boring, straightforward afternoon in the second race at Silverstone.

“I thought his recovery from there [the Magnussen incident] was excellent,” Horner said via Motorsport.com.

“We’ve seen it on numerous occasions, his ability to come back through the field. His pace in the race was very good.

“We just need to have a straightforward, boring weekend for him. I thought, once again, he’s driven a very strong grand prix.

“I hope with another [race], the ability to come and run the weekend here again, effectively next weekend, I’m sure he’ll make progress from there.

“I was very pleased with his performance.”