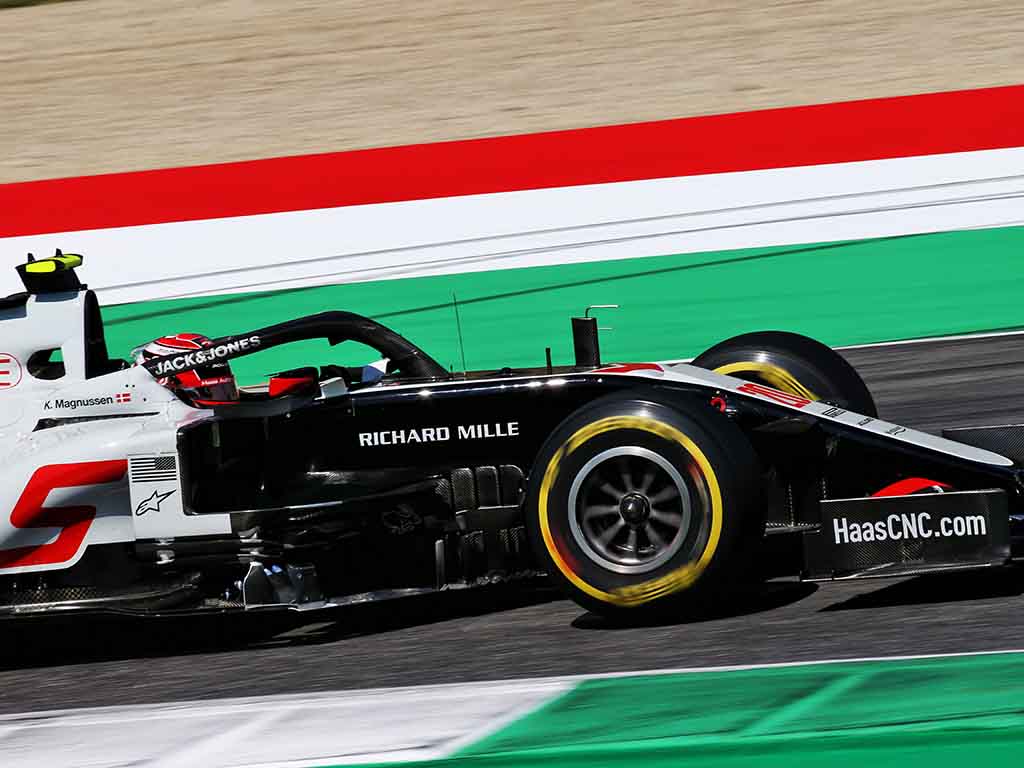 Kevin Magnussen and Nicholas Latifi been called to the stewards over his part in the huge crash at the Tuscany Grand Prix which caused the first red flag at Mugello.

It appears it was the Haas driver and the Williams driver who were amongst the first to jump the gun after the Safety Car restart, resulting in the pair, plus Antonio Giovinazzi and Carlos Sainz all joining an extremely lengthy DNF list following a huge pile up.

Article 39.13 of the Sporting Regulations reads:

‘When the clerk of the course decides it is safe to call in the safety car the message “SAFETY CAR IN THIS LAP” will be sent to all teams via the official messaging system and the car’s orange lights will be extinguished.

‘This will be the signal to the teams and drivers that it will be entering the pit lane at the end of that lap.
At this point the first car in line behind the safety car may dictate the pace and, if necessary, fall more than ten car lengths behind it.

‘In order to avoid the likelihood of accidents before the safety car returns to the pits, from the point at which the lights on the car are turned out drivers must proceed at a pace which involves no erratic acceleration or braking nor any other manoeuvre which is likely to endanger other drivers or impede the restart.

Giovinazzi, also involved in the incident, name-checked Magnussen when offering his assessment of what happened.

“People behind were pushing already,” Giovinazzi is quoted by Racefans.net.

T”he last thing that I saw was Magnussen completely stopped in front of me.

“I tried to avoid him but he was just there and I was already flat out. So it was just a really dangerous manoeuvre.

“I’m really frustrated especially because after lap one I was up to 14th and after that everything could happen. Just really dangerous things. We need to check what we can change of this.”

Not much you can do there. The constantiner effect is always pretty bad when you are mid pack. You can only react to the cars directly in front of you and it seemed like the pack went on two separate occasions. Glad everyone walked away from that one. 🙏🏻 pic.twitter.com/4nnEvzqbSP