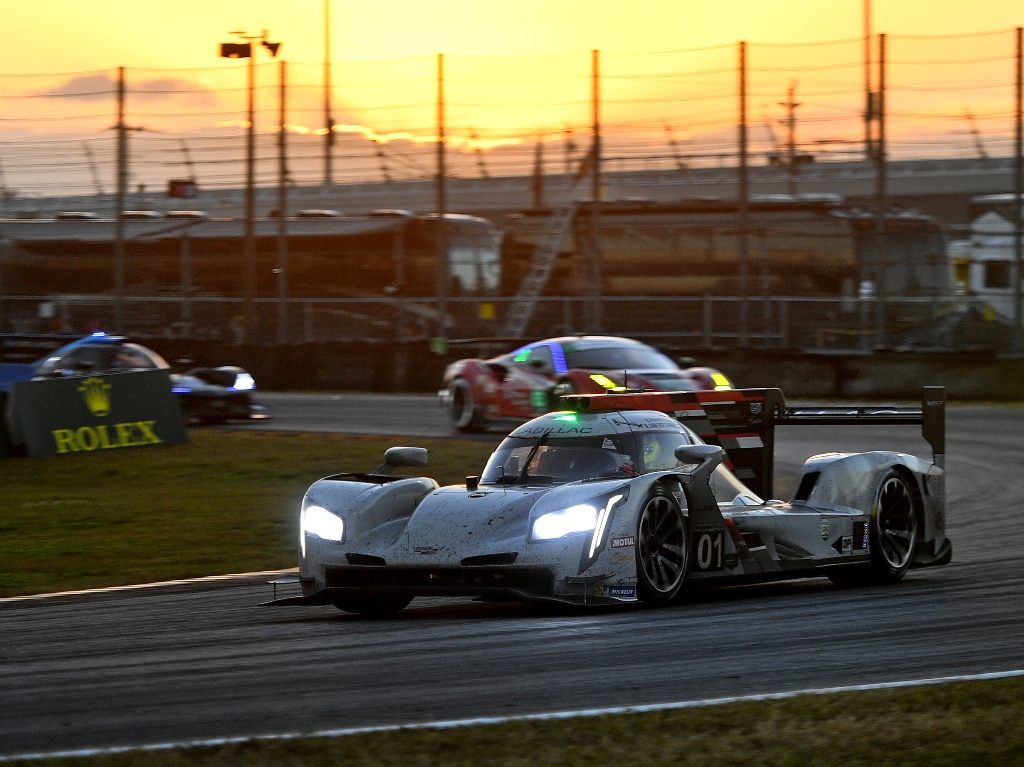 There was late heartbreak for Kevin Magnussen in the Daytona as, running in P2, his car picked up a puncture with seven minutes left.

The Dane was immensely impressive throughout his debut weekend in IMSA, driving for Chip Ganassi, and he, along with Renger van der Zande and Scott Dixon, kept the team in contention for victory throughout the race.

The three battled Wayne Taylor Racing Acura ARX-05 for the lead for much of the 24 hours, and there was nothing to choose between the two cars as the race approached its finish.

Battle for the race overall lead is heating up. Kevin Magnussen almost got the job done 👀 #Rolex24 pic.twitter.com/9sP2MQ68Nk

Heading into the 19th hour, Magnussen was running well and chasing down Alexander Rossi. Just as he looked set to take the lead of the race though, he was handed a drive-through penalty, putting him around a minute down.

Dixon soon took over and closed the deficit though, so much so that when Van der Zande began his stint to see out the race, the victory was well within sight.

By the time the lead cars had all made their final stops, the Dutchman was just behind leader Filipe Albuquerque and quicker. With 20 minutes left, he was less than a second behind and looked set to take the win.

It is coming down to the final MINUTES in DPi 🤯🤯🤯#IMSA / @Rolex24Hours pic.twitter.com/vn3AvGwWKl

However, disaster then struck with just seven minutes left as he was forced to pit due to a puncture, ending all hopes Magnussen had of making a winning debut.

Albuquerque, driving for ACURA, claimed victory while former F1 driver Kamui Kobayashi and winner of the last three 24 hour races in Daytona, as aggressive on track as ever, passed the Mazda of Harry Tincknell with a handful of laps left to take P2.

Magnussen and co ultimately finished in P5 behind the other ACURA, driven by Juan Pablo Montoya. While the Dane will be gutted to miss out on the win, it’s still his best racing result since 2014.