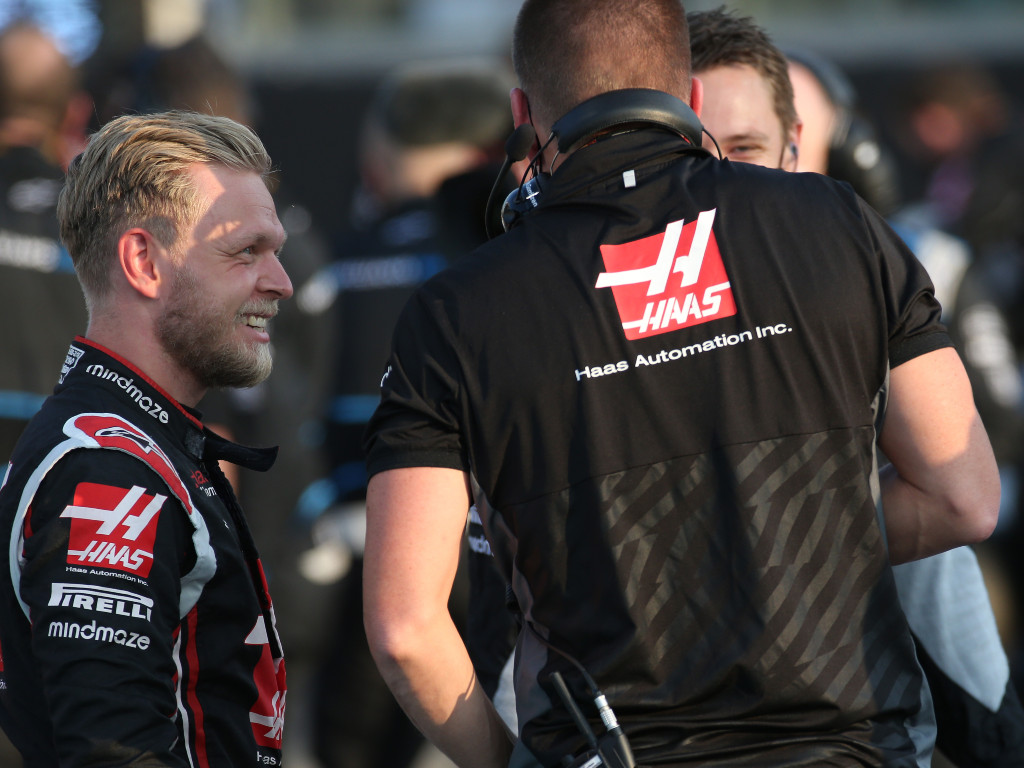 Kevin Magnussen doesn’t expect to return to Formula 1 in the future because he is fully focused on fighting for Championships going forward.

The Danish driver bowed out of Formula 1 with a P18 finish for Haas in the Abu Dhabi Grand Prix, but was able to celebrate a Formula 1 career that began back in 2014 with some donuts down the main straight after the race.

In the end it wasn’t a good race for Magnussen to bow out on, saying Haas were “dead slow”, but he is thankful to have lived the Formula 1 dream and take away a single trophy which he won on debut at the 2014 Australian Grand Prix with a P2 finish.

“Bit strange, I think it wasn’t a good race for us at all, we were dead slow,” he told Sky F1.

“But I feel just grateful really for having got the opportunity to live my childhood dream, have a career in Formula 1. It’s not an easy place to get to.

“I got six seasons and raced for some amazing teams, I have a trophy at home with the Formula 1 logo on it, not too bad.”

Magnussen will now switch his focus to the IMSA WeatherTech SportsCar Championship for 2021 with the Chip Ganassi Racing team, and as he looks to return to hunting down race wins and Championships, Magnussen admitted that his Formula 1 career is likely done for good.

“I don’t think so, because I miss winning a lot, I miss being in a winning position,” he said when asked if he could return to F1 one day.

“I miss being in a place where I can focus on a Championship and really go for wins.

“It’s not realistic to leave Formula 1 now and go and do IMSA, and then come back into a winning position in Formula 1.

“If I was to stay in Formula 1 I would want to move forward and go for wins, and that’s not going to happen.

“So I’m really looking forward to what I’m going to do now, super excited which makes it a lot easier to step out of this because I know I’m going to be in a winning position next year.”

Magnussen said he will miss driving a Formula 1 car, but having driven the fastest generation of them in history, he isn’t disappointed to now walk away.

“Difficult to say, for sure driving these amazing cars,” he replied when asked what he will miss most.

“And then I’m thinking from next year onwards the cars are going to be slower, so at least I’ve got to drive the fastest generation of cars.”

Pushed for a career highlight, Magnussen said: “My first race, not only that I got on the podium, but the whole experience was crazy, just realising that dream.”