Home News Magnussen putting money on a podium this year 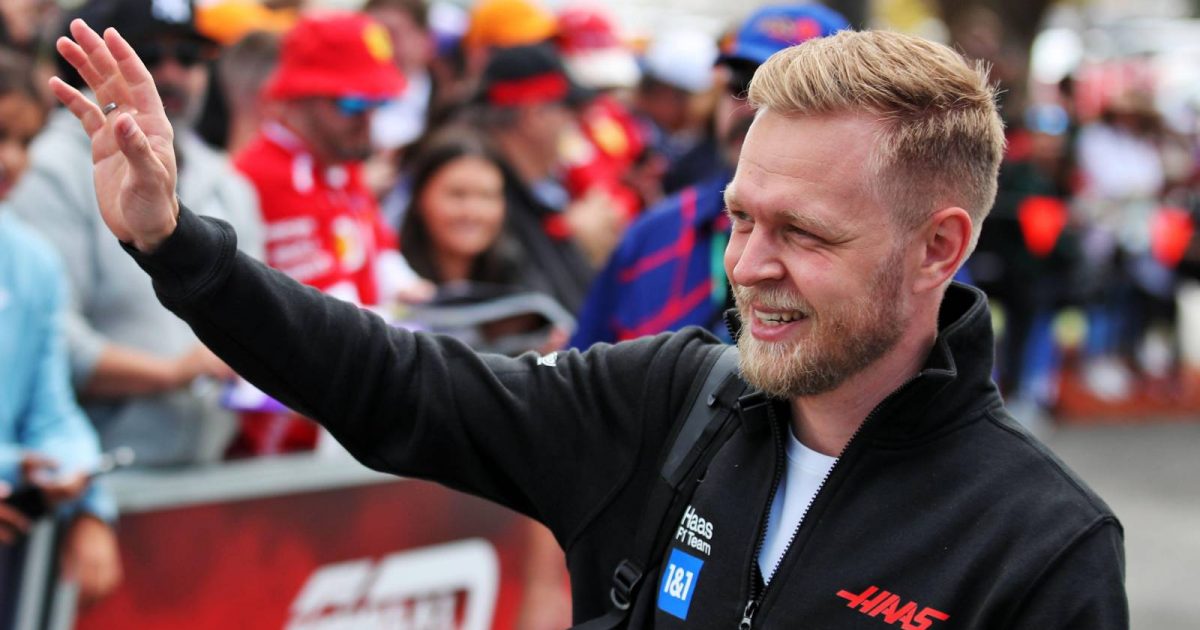 Kevin Magnussen says he is “putting my money” on securing a podium finish this season after an electric start to his 2022 campaign.

The Danish driver made a remarkable comeback to the sport just a few weeks before the season began after Haas sacked Nikita Mazepin.

Having spent a season out of the sport, it was like Magnussen had never left as he secured a fifth-placed finish in the opening race in Bahrain, Haas’ best result for four years.

The Haas team have proved to be one of the season’s surprise packages having gone from a backmarker to a team able to challenge consistently for points.

Magnussen is ninth in the Drivers’ standings, ahead of the likes of Fernando Alonso, Daniel Ricciardo and Valtteri Bottas, but is aiming for even more.

Speaking to the Beyond the Grid podcast, the 29-year-old said a podium finish was a “dream” but also “realistic”.

“It’s certainly a dream – I think about it quite a lot,” he said.

“We are in the fight to be the best team after the three big ones.

“If you are that, then you are the seventh [fastest] car on the grid if everything’s normal. So it doesn’t take that many cars to have problems to then get a podium.

“Sometimes Mercedes look like – at least in the beginning of the season – they won’t be so far ahead of us, so it wouldn’t take a lot of luck.

“I don’t think we can drive onto the podium just by pure pace, but last year especially we saw many teams get on the podium that weren’t regular podium finishers.

“I think it’s realistic. It’s not totally unrealistic to dream about it. I don’t think you can expect it because we are not fast enough to get there just on pure pace, as I said, but I’m dreaming about it. I’m putting my money on it.”

Magnussen was also asked if his time out of the sport had changed him as a driver.

“I think so,” Magnussen answered. “It certainly feels like I’m able to enjoy it more.

“Also, I think losing F1, having that slip away and having closed the chapter on F1 fully mentally, then makes it a little less scary now.

“You know, I’ve lost it and I felt fine with it and now I’m not scared of losing it.

“I hope I can have many years in Formula 1 from now on, but I’m not scared anymore and I don’t think it’s good to be scared.

“I think it’s way better to just be happy and grateful and not have any fear. And that’s kind of where I am now – I’m very relaxed and I know what I’m able to do.”