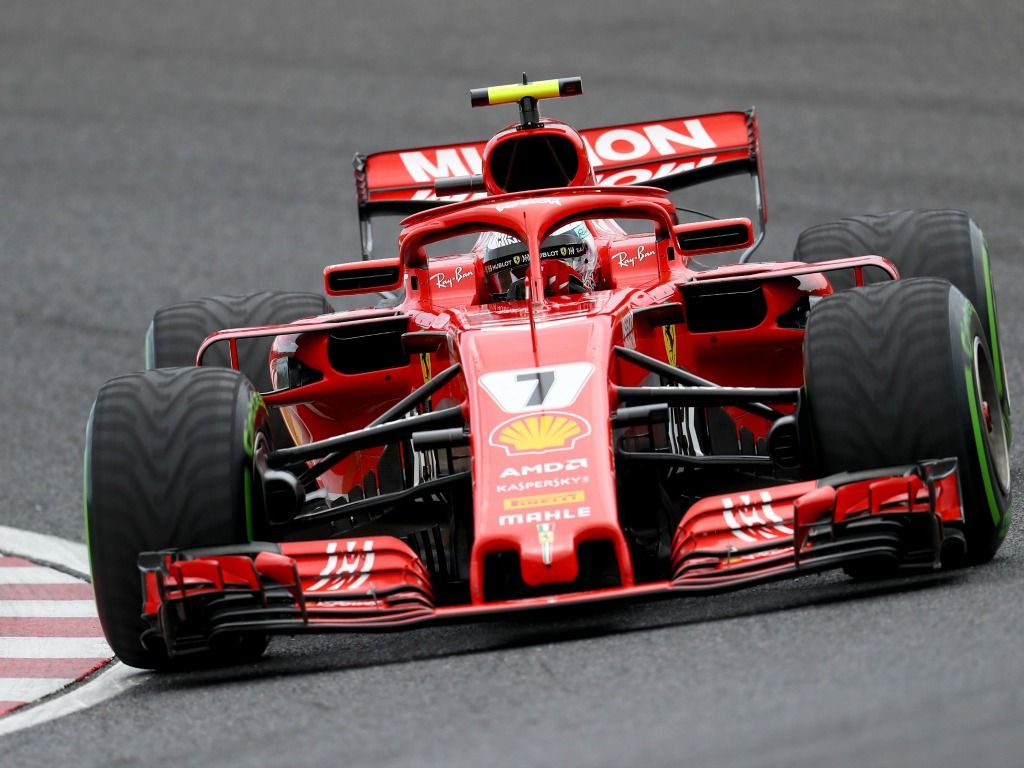 Kimi Raikkonen admitted that the Ferrari strategists thought that the rain was going to come sooner than it did at Suzuka.

The Finn, along with team-mate Sebastian Vettel, was sent out on the intermediate tyres to start Q3, with the rest of the field out on slicks.

It left the Scuderia behind in the session, with eventual starting spots of P4 for Raikkonen and P8 for Vettel, after Esteban Ocon’s grid drop.

“It was a tricky qualifying with mixed conditions,” Raikkonen said after qualifying.

“In Q3 we thought that the rain would come earlier, so we decided to go out on Intermediate tyres.

“Unfortunately it did not happen and then we were a bit off with the timing.”

Despite the Q3 mishap, Ferrari had arguably the best of the conditions in the middle part of the session when they were the last to set times.

However, in Raikkonen’s case, he admitted that he made a slight mistake which caused him to lose time.

“We came in to fit the Supersoft, but in turn 14 I touched a wet kerb, ran a bit wide and lost some time,” the 2007 World Champion added.

“Obviously fourth place is not ideal, but at least we were able to put a lap together despite the mistake.

“Third position could have been easily possible. It’s a pity we did not get it today; the feeling with the car was getting better and better in qualifying.

“For sure tomorrow is going to be tricky, but we will do our best.”