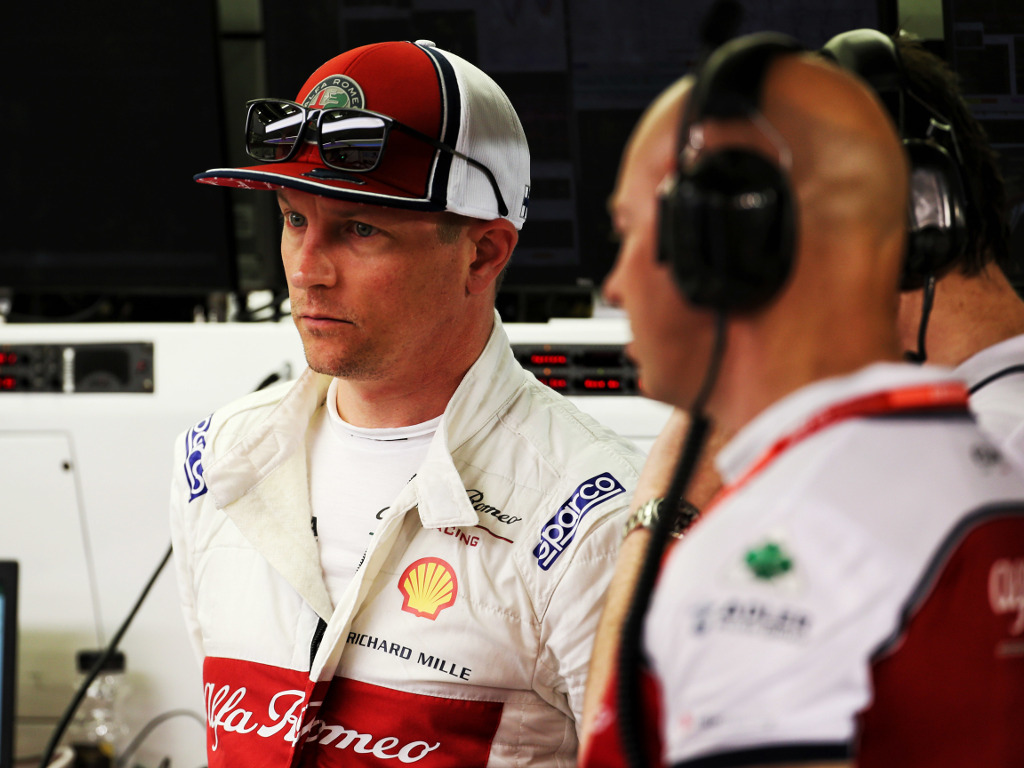 Kimi Raikkonen has declared F1 his “hobby” but team boss Frederic Vasseur says there’s no sign of that when he’s in the car.

Closing in on the record for the most starts ever in Formula 1, a tally he will reach next season, Raikkonen was recently asked about his motivation to continue.

He said he finds that in the “fun” he is still having out on track.

Speaking ahead of the Chinese Grand Prix, he explained: “It’s become more of a hobby for me lately than anything else and probably that’s why it’s more fun again.

“I always try to do the best that I can. Some days it goes a bit better than others – but that’s how it goes when you do a lot of racing.

“When I feel that it’s not what I expect from myself, then obviously I try to find a new hobby after that.”

However, Alfa Romeo team boss Vasseur says Raikkonen doesn’t act or work like it is just a hobby.

“Honestly, it’s not (like a hobby) when you are in the briefing or when he’s in the car,” he told Racer.

“When he’s outside of the atmosphere of the weekend perhaps, but I think honestly that’s a great approach. To be fully committed when he’s at work and to release the pressure when you are outside of this system.

“He doesn’t take it easy, that’s absolutely not the case. He’s fully dedicated and fully focused, and he’s pushing like hell on every single detail. You can ask the engineers – nobody will consider that Kimi is on vacation!

“Honestly when you go into the meetings with the engineers he’s paying more attention to ever single detail – to the car, to the track – than what I could expect. It’s not the bad side of a hobby, he’s not relaxed at all, but perhaps he’s enjoying it a bit more now with less pressure…”

The team boss added that Raikkonen is someone his rookie team-mate Antonio Giovinazzi can learn lessons from, in fact all rookies can learn something from Raikkonen.

“It’s not only Antonio, I think it’s all the rookies from Formula 2 and elsewhere,” he added.

“You have so many things to manage at the same time compared to the other series that the way you have to do it before the weekend, during the sessions, in the debrief, is very impressive.

“You can’t be relaxed on one point and say ‘OK, let’s forget it’.

“Kimi has this approach to pay attention to every single small detail. He was in the office last week and he made some drawings of the brake pedals because he wants to make some changes, so he did some drawings on a sheet.

“Honestly, I like it. The guy is able to pay attention to every single small detail, it’s a kind of commitment. He’s impressive.”