Home News Raikkonen: We can fight with anyone in the midfield 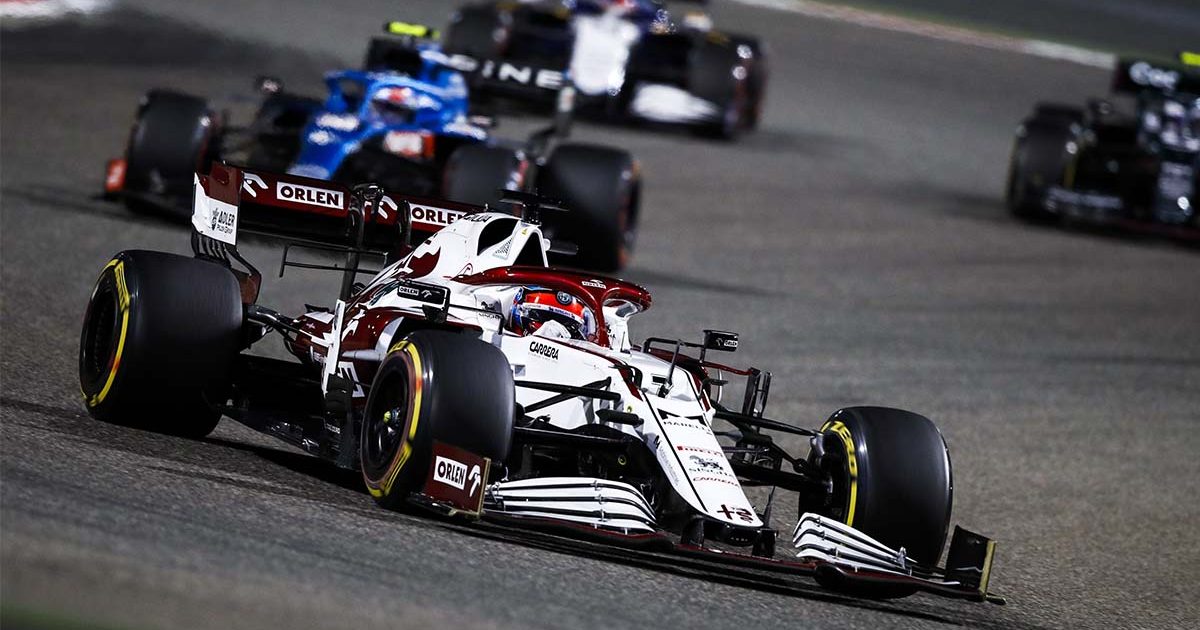 Kimi Raikkonen believes that, if Alfa Romeo perform as well as can, they have enough pace to fight with any of the midfield teams.

Alfa Romeo were one of the three backmarkers of the grid in 2020, spending their season battling with Haas and Williams.

They have made big steps forward over the winter though and, after getting both cars into Q2 in Bahrain and running in the points for a large part of the race in Imola. are looking more and more like a midfield team again.

Despite Raikkonen crossing the line in P9 last time out though, the team left empty-handed after he was given a penalty.

The Finn is confident that, if they can avoid such issues going forward, they can compete with anyone asides from Red Bull and Mercedes in the upcoming double-header and beyond.

“Two more races mean two more chances to have a good result – something we went really close to in the opening events of the season,” he said in the team’s preview for the Portuguese Grand Prix.

“We are not miles off, we are right in the middle of this scrap and we can fight with anyone in the midfield if we do our job properly and we have a little luck, which we missed so far this season.

“Last year I had a fun first lap in Portugal, but it’s not going to be on my mind: in the end, it doesn’t really matter how you start a race, but where you finish it and we need to finish it in the top ten to achieve our objective.”

At one point in the second race, it looked as if both Alfa Romeos could end up scoring points, but as well as Raikkonen’s penalty, a visor tear-off getting caught in Antonio Giovinazzi’s brakes left them with neither in the top-10.

The Italian feels that they have had a huge amount of bad luck, but is taking encouragement from the performances.

“I feel we definitely haven’t reaped what we deserved in the first two rounds,” he said.

“We have been terribly unlucky, especially in Imola where we would have been on course for ninth or tenth if it hadn’t been for a tear-off stuck in a brake.

“We need to take the positives of those performances and use them as a spur to go one better in the next races: we know we are in a very close fight and we know we can come home with some really good results if things go our way.”