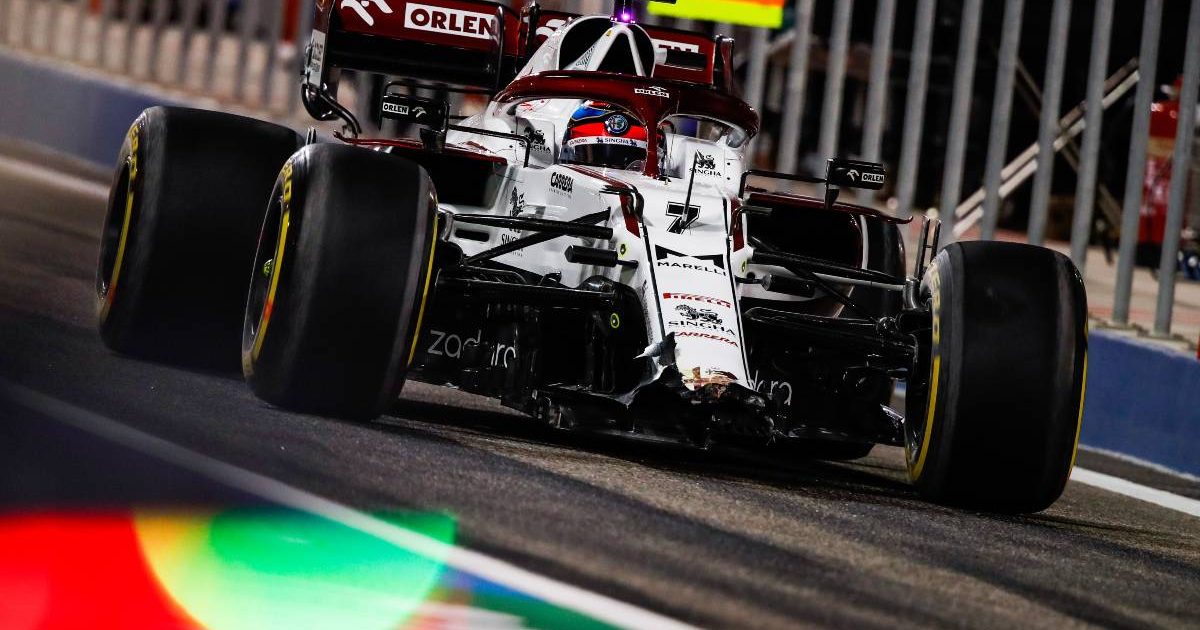 Kimi Raikkonen accepts that his FP2 crash in Bahrain was “not ideal”, but it does not harm his preparations for the season-opening race.

During the evening practice session under the lights Raikkonen lost control of his Alfa Romeo at the exit of Turn 2, causing him to hit the barrier and wreck his front wing.

“I lost the rear, hit the wall, and that’s about it,” he told reporters in the paddock.

“We were here a week ago testing, doing a lot of laps, obviously it’s not ideal but it doesn’t change much.”

And the Finn did say that he felt the Ferrari engine powering the Alfa was a step in the right direction.

“For sure the engine is better, so that’s definitely a step forward, but then at the same time you would expect all the manufacturers to do a similar thing,” he explained.

“So where that stacks up we don’t know, but I’m sure even the fastest cars will have things to complain [about].”

Raikkonen’s team-mate Antonio Giovinazzi meanwhile ended the evening up in P13. Alfa Romeo look promising then to rejoin the midfield battle after a difficult 2020 which yielded only eight points.

And Giovinazzi said that it was nice to see the pack so close together. At the end of FP2 P1 down to P16 was separated by a second.

“This is nice to see. I don’t remember the last time this happened,” he told Sky Italy.

“Tomorrow it will be nice to try to find the perfect lap, because we need it to gain as many positions as possible. So we’re happy, as the race pace was not bad as well. What we saw during the testing, we saw also here.”

Asked if the top 10 was the goal for qualifying, he said: “Yes, I confirm that.”

Free practice in Bahrain was also the first time that both Friday sessions had lasted just an hour, after having previously been 90 minutes long.

Giovinazzi was generally quite happy with it for FP1, but felt the second Friday session should be longer than an hour.

He also fears that on street tracks the shortened practice window will prove more of a challenge.

“In my opinion, for FP1 it is an idea that works. At least in FP2 though, a bit more time would be helpful in order to be able to try the long-runs,” he explained.

“It will be a bit more difficult to handle that on city circuits, like Monte Carlo and Baku, where you have to be confident with the track. But I don’t mind it.”