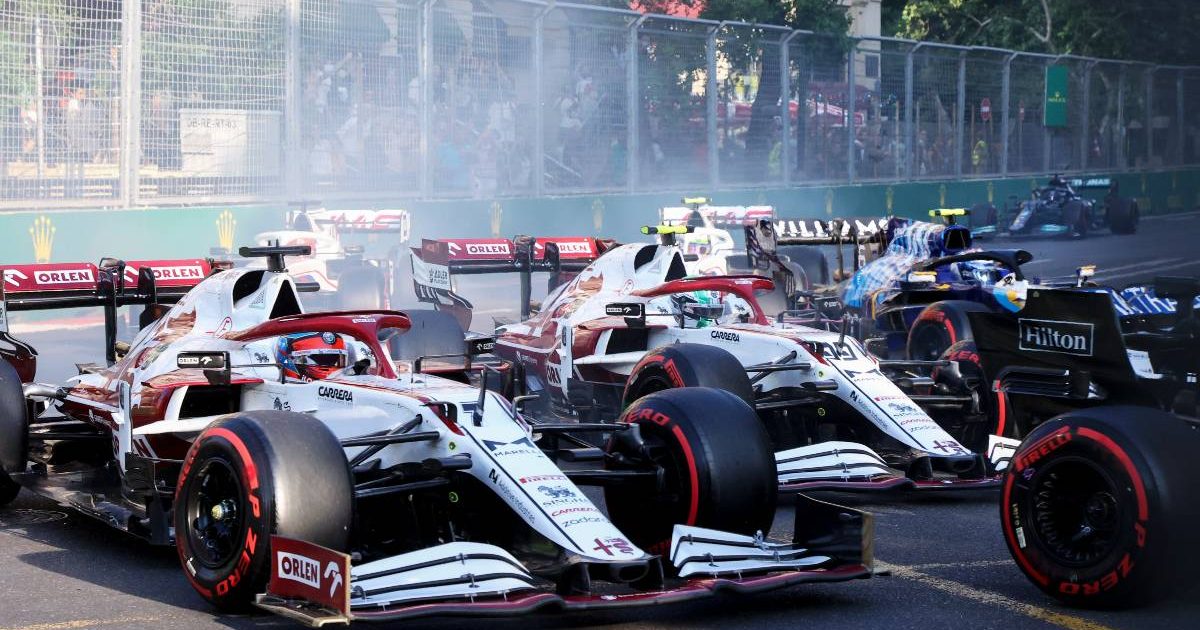 Baku is seen as one of the best tracks for overtaking on the Formula 1 calendar, but Kimi Raikkonen said it was still a tough ask.

There were no shortages of on-track passes throughout the Azerbaijan Grand Prix, boosted by a two-lap dash at the end following a standing restart.

Raikkonen would finish P10, securing his and Alfa Romeo’s first point of the season, but for him overtaking was proving to be very difficult, even during his second stint when he closed in on those ahead with fresher tyres.

“It was a little bit hectic the last restart and I had to avoid somebody, but anyhow I’ll take the one point,” he told reporters.

“Apart from that there was not much happening in the race, we stopped a bit later and had good tyres, we were catching up on the cars in front.

“I think it is surprisingly difficult for people to overtake still here, so we will take what we’ve got and hopefully next race we can do a bit better.”

There would be no double-points finish though for Alfa Romeo as Antonio Giovinazzi crossed the line P11.

The Italian was able to pass Mercedes’ Valtteri Bottas in the closing stages, but revealed that a braking issue and also a moment where he went into anti stall did not help his afternoon.

“We knew that in Baku something always happens,” he explained.

“Actually until the red flag it was a quiet race, it was strange, but from my side I think I had some issue on the brakes since Lap 1, it was not great at all to drive.

“Especially a track like this where the brakes need to be pretty good, then after the second restart I gained some positions, I think I was in the points at that moment, but I had an issue with recharge in Turn 2 and went into anti stall and I lost a position there.

“But happy for the team in the end, Kimi scored another point for us, and now I’m looking forward to Paul Ricard.”