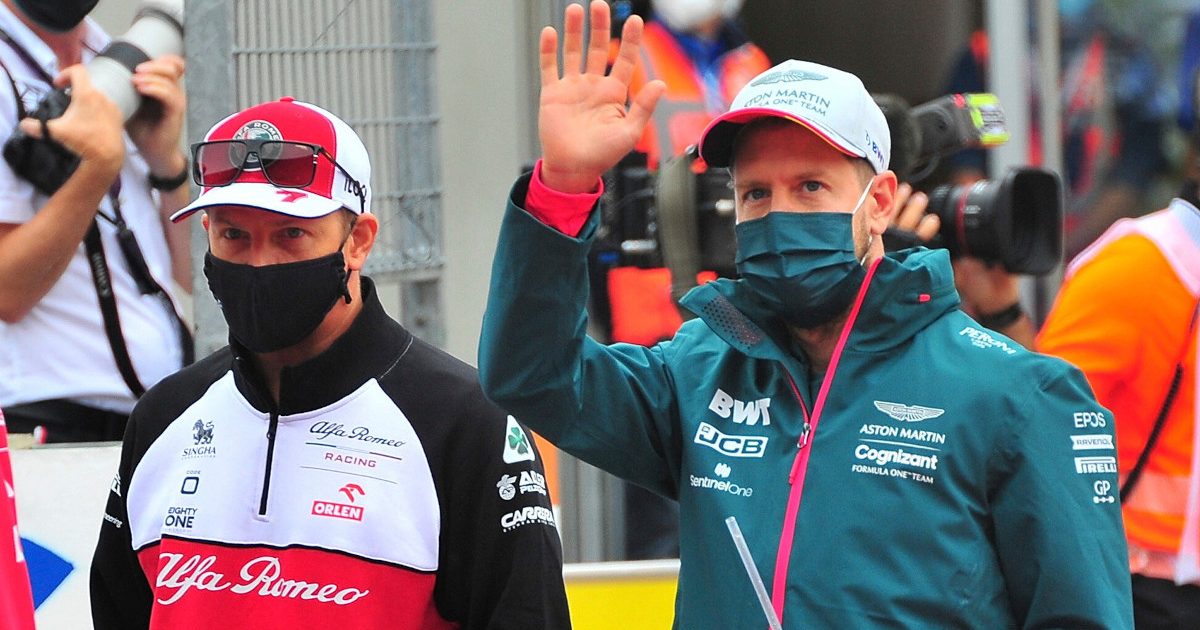 Kimi Raikkonen pays no attention to those criticising F1 drivers, saying one minute someone is a “hero” and the next they are a “dead man”.

Raikkonen’s good friend and former team-mate Sebastian Vettel has been the recipient of this a lot in recent years.

Dropped by Ferrari last season, many pundits said the time had come for the four-time former World Champion to hang up his helmet, called a “spent force” by former driver David Coulthard.

The Scot, like many others, later applauded the German’s return to the podium, P2 at this year’s Azerbaijan Grand Prix with Aston Martin.

Vettel also brought his car across the line second in Hungary but was denied that podium, disqualified due to a fuel infringement.

Asked about his former team-mate’s rebirth, as it was billed by F1 managing director Ross Brawn, Raikkonen told F1-Insider he is “happy for him.

“As for the criticism, that is how Formula 1 works. You are the hero, the dead man, then the hero again.

“But I don’t give anything to it.”

Raikkonen, now 41, has himself been one of the topics for the critics this season with the Alfa Romeo driver scoring just two points in 11 races.

That has the likes of Coulthard questioning whether his time should be up.

when they said seb was one of the few people who could get kimi to smile, laugh and do things, they meant it. pic.twitter.com/9i4kIPoHbP

This season has also seen Vettel go on an environmental crusade, the German teaching schoolchildren about bees while also organising a clean-up operation after the British Grand Prix.

Vettel has also voiced his political leaning in the mix.

Asked if F1 drivers should avoid the ‘green’ topic given what they do for a living, Raikkonen replied: “Why not? He has a clear opinion and environmental awareness should concern everyone because of their children.

“In racing you can develop things faster so they are later accessible to everyone.”