Home News Kimi’s kids are getting into karting already 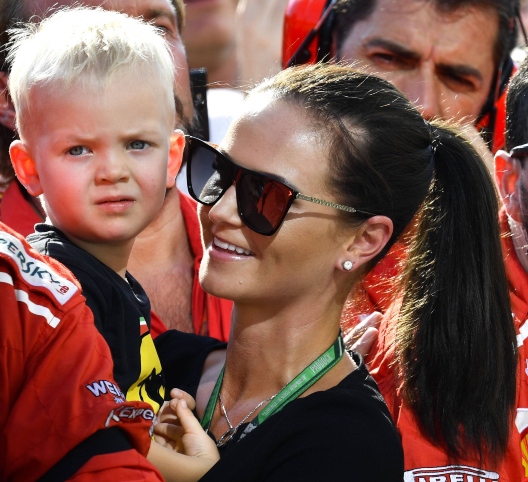 Kimi Raikkonen has revealed that his kids are already displaying the interest to potentially follow their dad into motorsport.

Son Robin, five, and daughter Rianna, three, have been trying their hand at go-karts and electric quadbikes, showing they are a chip off the old block.

In an interview with F1’s official website, the 40-year-old Finn, who is getting ready to start his 18th season in the sport with the Alfa Romeo team, gave a rare insight into his family life.

Inevitably, during Raikkonen’s leisure time, engines are involved and both of his children are showing signs of following in their father’s wheeltracks.

Visits to a go-kart track have become a regular occurrence. Raikkonen said: “Robin asked last summer for quite a long time, he wanted to try (a go-kart). We took him once, and since we’ve been 10 times altogether. He really likes it. For me, as long as he enjoys it, we’ll do it.

“I don’t tell him where to drive or take any lap times. It’s about him enjoying it. If he does one lap and says he doesn’t want to do it, we go home. Last time he did 50 minutes altogether. Some days, after a few laps, he says ‘I want to do something else!’ It’s a good hobby.

“I don’t look at it that way, if he’s good or bad. Is he good? I don’t know. He’s just turned five. If he enjoys it and wants to do it in three or four years, maybe we’ll look differently. But right now, I’m just happy if he likes something.”

Rianna also is showing an aptitude for speed. Kimi added: “Rianna is similar to Robin. Obviously when kids are a bit younger they try to copy everything their brother or sister does.

“She’s very stubborn. She’s always saying when she gets a bit older, she will be driving Robin’s go-kart. Right now she drives electric quadbikes and stuff. She likes a lot of normal things girls like also. She gives Robin a hard time sometimes. It’s mayhem sometimes!”