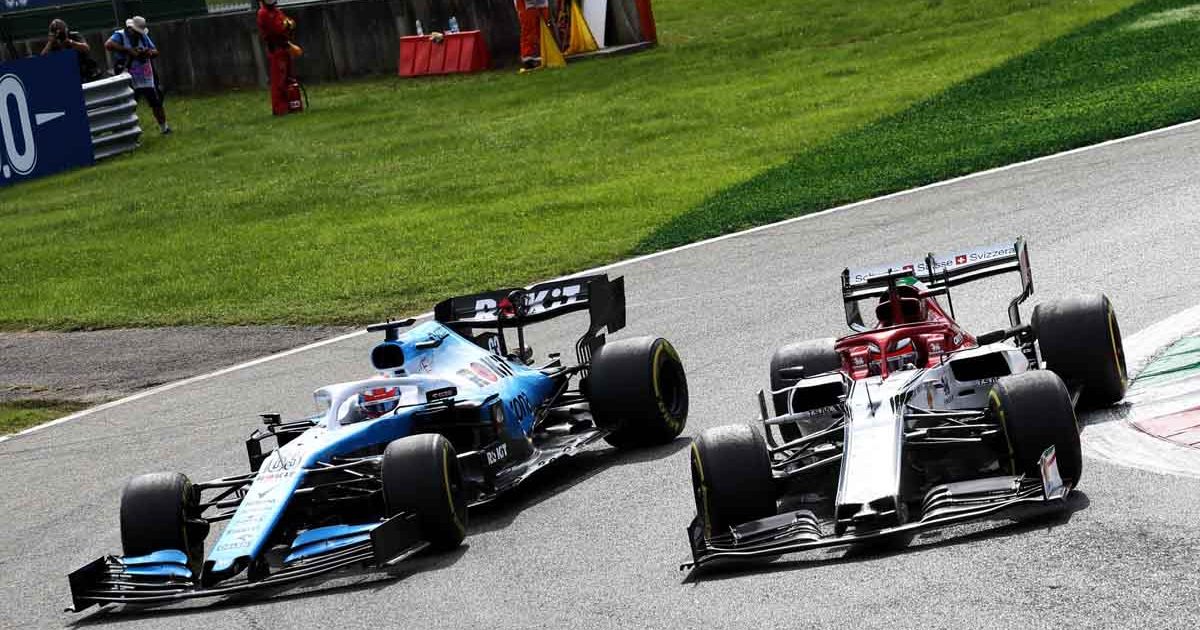 Kimi Raikkonen believes on-track battles between drivers are less fair now than when he joined the grid.

The Alfa Romeo man is the oldest driver in the sport and the joint-longest serving alongside Fernando Alonso having made his debut at the start of the 2001 campaign.

Since then, a huge amount has changed and more rules and regulations have been introduced to police how drivers defend their position on track.

Despite that though, the Finn thinks the wheel-to-wheel battles are less fair and ruder today than in the early days of his career and that the rules do not make a difference.

“I think in the past, when I started, it was probably a bit more fair games in a way between drivers,” he told reporters in Monaco.

“If you were overtaking, I wouldn’t say somebody let you past but it maybe wasn’t so rude, in a way, or blocking that much, or doing those things.

“We didn’t need rules for this kind of thing in that time. Obviously, every sport has changed over the years and it’s a part of the thing.

“The big difference is they make a rule for everything. There are so many rules that whatever you basically do, you can find a rule for it. If it’s good or bad for you that depends, obviously, [on] what you have done.”

It's been a long wait but, boy, does it feel good to be back 🤩#MonacoGP pic.twitter.com/j26kVfdaki

While Alfa Romeo have made some progress over the winter and pulled away from Haas, they still trail the midfield pack when it comes to outright pace.

It therefore seems unlikely they will score points at the Monaco Grand Prix given that, with overtaking extremely difficult, where a driver starts the race is key.

Nevertheless, Raikkonen is optimistic some opportunities will arise.

“Monaco is a challenging track for drivers, even though everything happening in the background doesn’t really affect us. When you’re in the cockpit, it’s very much a weekend like any other,” he said.

“You need confidence around this place if you want to have a good lap, you have to trust your car and yourself as you need to use every bit of track to the walls. It’s easy to do mistakes and even a small one can have big consequences.

“At the same time, this can give opportunities as there are many elements that can shake up the order on Sunday.”