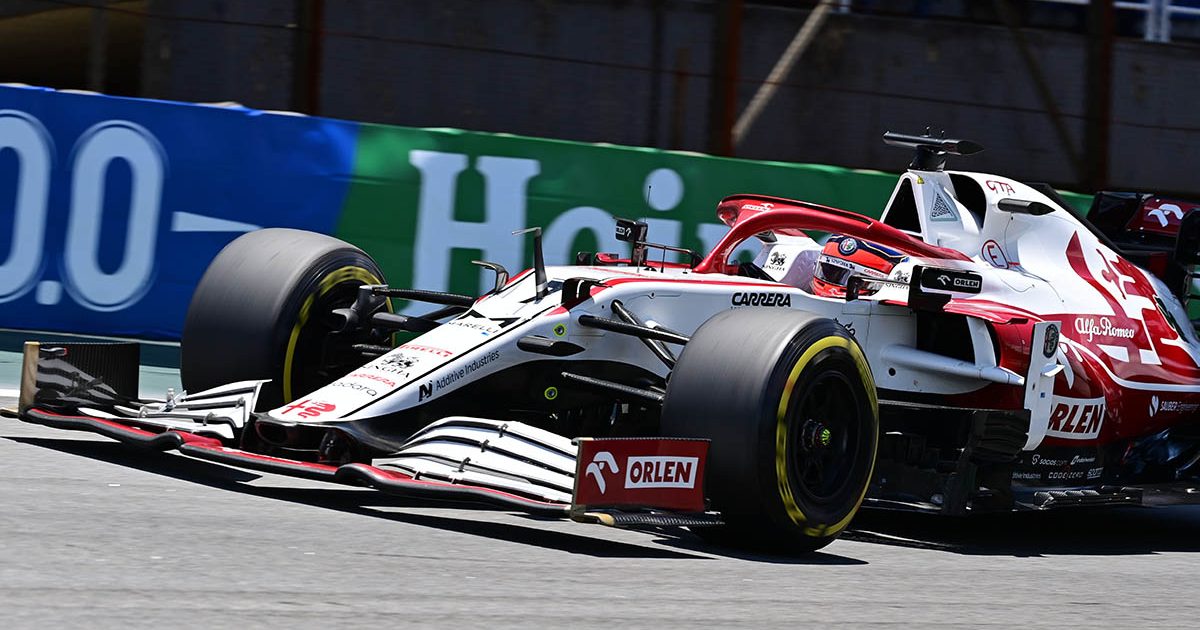 Kimi Raikkonen will start the Sao Paulo Grand Prix from the pit lane, the FIA has officially confirmed.

Raikkonen’s Saturday sprint was all-but ruined after contact with Alfa Romeo team-mate Antonio Giovinazzi. The Finn, who is retiring at the end of the season, could only make his way back up from the last to past the two Haas drivers for a P18 finish.

As a result of the lowly finish, and therefore lowly grid position for Sunday’s Sao Paulo Grand Prix, Alfa Romeo have taken the opportunity to take a tactical penalty for the race by fitting a new rear wing assembly to his car.

A steward’s note read: ‘The part has been replaced with the approval of the FIA technical delegate following a written request from the team concerned, this being in accordance with Article 34.2 of the 2021 Formula One Sporting Regulations.

‘But as the above part is different from the one originally used and also changes have been made to the set-up of the suspension (with the approval of the FIA technical delegate following a written request), car number 07 should now be required to start from the pit lane according to Article 34.8b of the 2021 Formula One Sporting Regulations.’

On the contact between Raikkonen and Giovinazzi during the sprint, Alfa Romeo boss Frederic Vasseur has there was nothing sinister about the incident in the wake of what is an ugly break-up between the latter and the team.

“I think it was more a misunderstanding because they overtook Alonso, one on the left hand side one on the right hand side,” Vasseur told Motorsport.com.

“I think Kimi didn’t expect to have Antonio on the apex. It is like it is. They had a good chat together, and they are very relaxed at the end of the day. They had a very open and nice discussion.

“It’s a shame because the pace of Antonio was good. He damaged the car a little bit, but the pace was good. If we’d had the two cars in 12th and 13th we could have put them into the points, but let’s see. We still have a good opportunity.”

Raikkonen is the second driver to be hit with a grid penalty for the Sao Paulo Grand Prix, joining Lewis Hamilton on the list after the seven-time World Champion dropped five places to P10 following a new ICE unit being fitted to his W12, his fifth of the season.