Home News Kimi thought ‘what are the others doing?’ on first lap 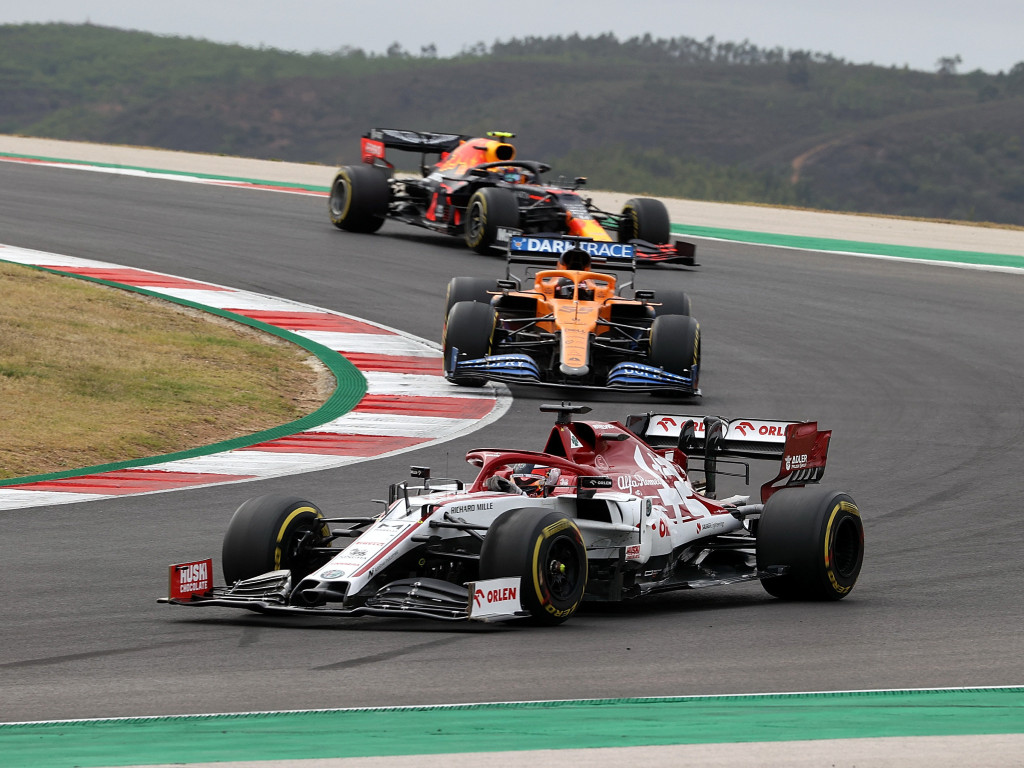 Kimi Raikkonen was shocked by the struggles of those around him as he soared up the order on the first lap of the Portuguese GP.

In what has been a difficult season for Alfa Romeo, Raikkonen found himself eliminated during Q1 at the Portuguese Grand Prix as he lined up P16 for the race start.

But, the Finn then embarked on a stunning opening lap as cold tyres and a bit of rain left drivers struggling to keep theirs cars on the road.

Raikkonen took full advantage, improving to P6 at one stage, though he would go on to narrowly miss out on the points with a P11 finish.

Interestingly Raikkonen actually thought he made a bad start, but couldn’t understand what was going on around him as he cut his way through the pack.

“I don’t think the start itself was very good – I lost a place – but then after that honestly I thought at one point ‘what are the others doing?’,” he told the Formula 1 website.

“I had a good first and then second lap, the speed was decent in the car most of the race, then we had a little bit of difficulties in the pit stop and in the end I lost 10th place to Vettel with old tyres.

“We got nothing out of it, so that’s a shame. We need more speed then everything will become a little bit easier.”

Formula 1 now heads to the Emilia Romagna Grand Prix at Imola, and with Raikkonen the only current driver on the grid to have competed in a Grands Prix at the venue, he says Alfa Romeo’s pace there surely can’t be any worse than in Portimao.

“In the race it was not too bad, but when you start where we start [down the grid] you need to take some chances more. It’s not ideal. But unfortunately we are lacking a little bit of speed.”

However, a broken radio certainly didn’t help the Italian’s afternoon.

“It felt like a very long race, made even harder by not having a working radio after lap one,” he told the Sauber Group website.

“I had no communication with the team and in the end it was just a matter of making it to the flag, which we did.

“The wind didn’t make things easy, the gusts made the car inconsistent from corner to corner and it was difficult to get into a rhythm. Hopefully we can have a better weekend in Imola, I think the potential is there and the track should suit us a little better.”